Rasa - Israel has seized a second boat carrying a relief cargo to the besieged Gaza Strip because the regime has the support of the United States and Europe keeps silent toward its behavior, says a commentator. 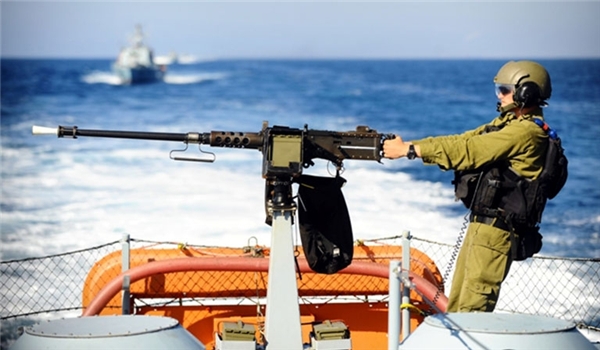 RNA - “Israel is able to completely flout every notion of international law,” because it is actively being “endorsed by the Trump White House,” Mick Napier, Scottish Palestine Solidarity Campaign, said on Saturday.

While the seizure of humanitarian boats by Israel “remains an act of piracy on the high seas,” there will be “a complete silence” by the EU and especially by the British government, Napier said.

The Freedom for Gaza vessel was sailing under Sweden's flag and transporting 12 people. It was taken to the Israeli port of Ashdod, the Israeli military said in a statement.

Back in 2010, an Israeli raid against a flotilla of ships bound for Gaza left 10 Turkish activists killed.

Tags: US Israel Gaza
Short Link rasanews.ir/201qBz
Share
0
Please type in your comments in English.
The comments that contain insults or libel to individuals, ethnicities, or contradictions with the laws of the country and religious teachings will not be disclosed