Iran won’t sit down with Trump under pressure: American scholar

Rasa - Iran won’t sit down with US President Donald Trump under pressure, American academic and political analyst Dennis Etler says, adding that Trump is totally beholden to both Israel and Saudi Arabia, who want to block Iran from playing a geopolitical role in the Middle East region and eviscerate the Islamic Republic as an independent and sovereign state. 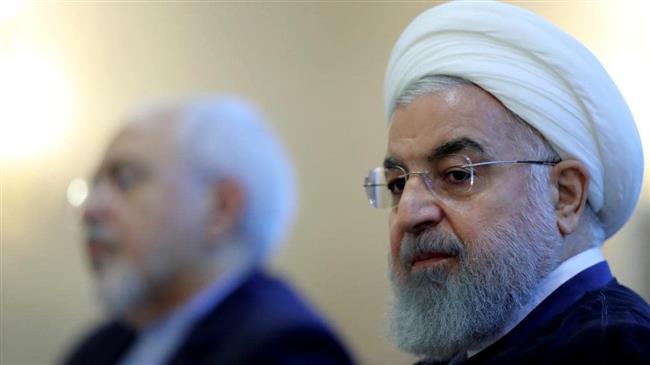 RNA - Etler, a professor of Anthropology at Cabrillo College in Aptos, California, made the remarks in an interview on Thursday while commenting on a statement by Trump in which he claimed that talks with Iran are imminent and could happen “pretty soon.”

A day after he expressed willingness to meet with the Islamic Republic's leaders without "preconditions," Trump said on Tuesday, "I have a feeling they'll be talking to us pretty soon. And maybe not, and that's OK, too."

The US president also used the occasion to once again denounce as "horrible, one-sided" the 2015 Iran nuclear deal – known as the Joint Comprehensive Plan of Action (JCPOA) – from which he withdrew in May.

Trump announced on Monday that he was willing to meet with Iranians “any time they want to.”

Shortly after that, US Secretary of State Mike Pompeo appeared on CNBC to set some conditions.

“Trump’s modus operandi should be clear to one and all,” said Professor Etler, a political analyst who has a decades-long interest in international affairs.

“He comes out fighting, spewing all the bile he can muster, in order to intimidate his rival, hoping to throw them off guard. Impose punitive sanctions, declare the destruction by fire and fury of the nation in his cross hairs and then talk about sitting down at the negotiating table with no preconditions. This is exactly what he did with the DPRK (aka North Korea). But while Trump’s tactics towards North Korea and Iran may be the same, the situations are quite different,” he stated.

“North Korea had already developed and tested nuclear weapons and the missile systems needed to launch and deliver them. It was only after the DPRK had demonstrated its nuclear capability that Trump responded to their overtures. This gave him a face saving way out of the corner into which he had painted himself. Trump and Kim Jong-un signed a worthless piece of paper with no substance other than vague promises to denuclearize the Korean peninsula. By saying so is not meant to be a criticism, but mere statement of fact. All peace-loving people should feel relief that Kim Jong-un and the Korean people were able to sandbag Trump into accepting the Korean peace initiative as they have done so far,” he explained.

“What the Korean example shows is that Trump will make whatever deal he thinks best suits his purposes regardless of any principles he may have uttered at some time in the past. His only consideration is what’s best for him at any given moment. Don’t be surprised if he reverses himself on Korea whenever it suits his purpose. The second lesson to be learned is that all of Trump’s bluster is more bark than bite. He’s basically a New York con-man who learned the tools of the trade from sleazy Zionist lawyers and the local mafia,” the analyst noted.

“Given all of the above, how does it all play out in relation to Iran and the Joint Comprehensive Plan of Action (JCPOA) nuclear accord? Unlike North Korea, Iran signed an internationally sanctioned, comprehensive agreement not to develop nuclear weapons. Its provisions last for at least 15 years and presumably could be extended in length upon further negotiations. To date Iran has lived up to all its obligations. So what is Trump’s gripe given his willingness to accept vague reassurances from the DPRK based solely on a handshake?” he asked.

“If Trump is, however, serious about his willingness to sit down and negotiate with Iran a few ground rules must apply. These are not ‘conditions’ but adherence to already agreed upon principles. First, Trump must agree to abide by all provisions of the JCPOA, including the lifting of sanctions. Second, any subsequent sanctions beyond the scope of the JCPOA must be lifted or not implemented. Iran should not, and will not, sit down with Trump with a gun held to its head,” the commentator said.

“If Trump agrees to those two principles Iran may be willing to talk to him, with eyes wide open. If he is willing to come to terms with Iran with a modus vivendi based on mutual respect and mutual benefit he may be able to snatch victory from the jaws of defeat. Otherwise what Trump has suggested is a mere will-o'-the-wisp,” he concluded.

Tags: Iran Rouhani Trump
Short Link rasanews.ir/201qBl
Share
0
Please type in your comments in English.
The comments that contain insults or libel to individuals, ethnicities, or contradictions with the laws of the country and religious teachings will not be disclosed