Chomsky accuses Israel of ‘brazenly’ meddling in US elections

Rasa - Renowned American scholar and political activist Noam Chomsky has accused Israel of meddling in US elections, stressing that the Israeli intervention “vastly overwhelms” any efforts allegedly carried out by Russia in 2016. 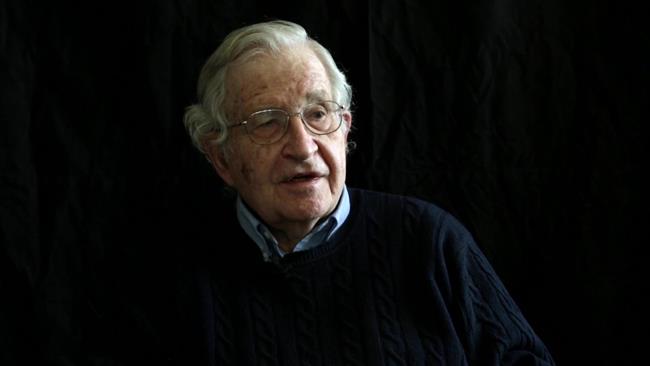 RNA - “First of all, if you’re interested in foreign interference in our elections, whatever the Russians may have done barely counts or weighs in the balance as compared with what another state does, openly, brazenly and with enormous support,” Chomsky said in an interview with Democracy Now! published on Tuesday.

“Israeli intervention in US elections vastly overwhelms anything the Russians may have done, I mean, even to the point where the prime minister of Israel, Netanyahu, goes directly to Congress, without even informing the president, and speaks to Congress, with overwhelming applause, to try to undermine the president’s policies - what happened with Obama and Netanyahu in 2015,” he added.

Chomsky was referring to a speech by Israeli Prime Minister Benjamin Netanyahu in March 2015, when he addressed the joint houses of Congress about the yet to be signed Iran nuclear deal. The Israeli premier delivered the speech without formally informing the White House, a move that was said to have infuriated then-president Barack Obama. More than 50 Democrats boycotted Netanyahu’s speech at that time.

In his comments during the interview, the American scholar said Russian President Vladimir Putin had never made such a speech to Congress and that no foreign leader had ever attacked the policy of the US administration so acidly.

“Did Putin come to give an address to the joint sessions of Congress trying to…calling on them to reverse US policy, without even informing the president,” Chomsky said.

“And that’s just a tiny bit of this overwhelming influence. So if you happen to be interested in influence of- foreign influence on elections, there are places to look. But even that is a joke,” he added.

US President Donald Trump's election campaign has been under investigation after US intelligence officials said last year that Russia had helped Trump win the White House.

Trump has repeatedly denied allegations that his campaign colluded with Russians and has condemned the investigation. His Russian counterpart has also denied the allegations.

Global warming is what matters

The 89-year-old linguist also accused much of the US media of concentrating on “marginal” stories and ignoring issues such as the “existential threat” of climate change.

“Of all Trump’s policies, the one that is the most dangerous and destructive, in fact poses an existential threat, is his policies on climate change, on global warming,” Chomsky said.

“That’s really destructive. And we’re facing an imminent threat, not far removed, of enormous damage. The effects are already visible but nothing like what’s going to come,” he noted.

According to Press TV, Chomsky further added that “these are the kinds of issues that should be under discussion. Instead…here is a focus on what I believe are marginalia.”

In 2015, countries signing the Paris Climate Accord set a goal of limiting a rise in average world surface temperatures to “well below” 2C (3.6F) and “pursuing efforts” to limit rising temperatures to 1.5C (2.7F).

Trump is pulling the US out of the accord, which would make his country the only one to do so.

The US is the second largest emitter of carbon dioxide in the world and its withdrawal from the Paris agreement would be a blow to the accord, which was signed by nearly 200 countries in December 2015 to lower emissions.

Tags: Noam Chomsky US Israel Russia Trump
Short Link rasanews.ir/201qBE
Share
0
Please type in your comments in English.
The comments that contain insults or libel to individuals, ethnicities, or contradictions with the laws of the country and religious teachings will not be disclosed