Iran won’t accept terms of surrender for talks with US: Scholar

Rasa - Iran will never accept the terms of surrender and sacrifice its sovereignty in order to sit at the table for inconsequential discussions with the US leadership, American writer and retired professor James Petras has said. 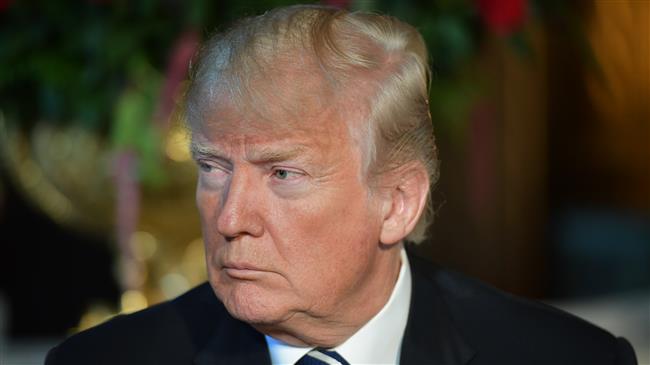 RNA - Petras, who has several books on Middle Eastern political issues, made the remarks in an interview while commenting on the contradictory statements of US President Donald Trump and Secretary of State Mike Pompeo about Iran.

Trump on Monday said he was ready to meet Iranian President Hassan Rouhani “any time they want to.”

He said that he would “certainly meet” with Iranians with “no preconditions.”

Hours later, Pompeo appeared on CNBC and set some conditions for the possible Iran-US summit.

"We've said this before," said the former CIA chief. “If the Iranians demonstrate a commitment to make fundamental changes in how they treat their own people, reduce their malign behavior, can agree that it's worthwhile to enter into a nuclear agreement that actually prevents proliferation, then the president said he's prepared to sit down and have the conversation with them.”

Professor Petras said the United States “is working from the position that if it applies the stick in practice through the sanctions, it can offer a carrot which is to restart the negotiations over the disarmament of Iran, that goes far beyond any agreement of the past.”

“In other words, Washington is saying we will impose sanctions, we will extend sanctions, and we will talk to you how you can make concessions to us including abandoning your allies in the Middle East, supporting the US alliance with Saudi Arabia and Israel, sacrifice any support you provide to the Houthis in Yemen and then we will talk about some kind of agreement,” he said.

“There is no basis in other words that Iran is going to accept terms of surrender and the sacrifice of its sovereignty in order to sit at the table for inconsequential discussions between Rouhani and Washington, President Trump,” the scholar concluded.

Tags: US Iran Trump
Short Link rasanews.ir/201qBA
Share
0
Please type in your comments in English.
The comments that contain insults or libel to individuals, ethnicities, or contradictions with the laws of the country and religious teachings will not be disclosed