Rasa – Mr. Nader Ghazipour called US president Donald Trump “crazy” and added that his irrational positions aren’t worth responding to. 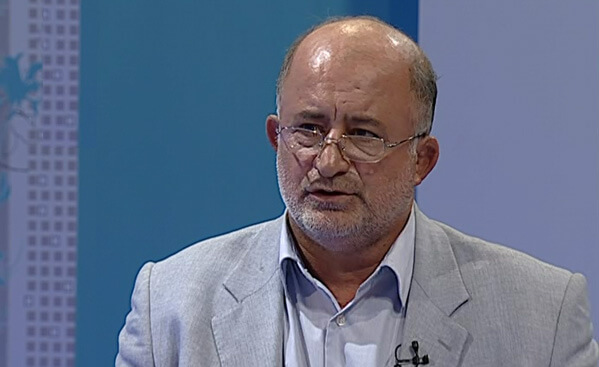 RNA – In an interview with the parliamentary correspondent of Rasa News Agency, Mr. Nader Ghazipour, the representative of the people of Urmia in the Islamic Consultative Assembly, referred to the rhetoric against Iran by the President of the United States, Donald Trump, saying, “We must not give an answer to crazy people. Undoubtedly, Donald Trump is one of the crazy people and it isn’t worth responding to him.”

He continued, “Fortunately, President Trump, demonstrated the true and hidden façade of the United States with his crazy and irrational behaviour.”

Referring to the final will of the late founder of the Islamic Revolution, Imam Sayyed Ruhollah Khomeyni, Mr. Ghazipour stated, “The late Imam saw the United States as a criminal nation, a statement that has become apparent today and the American criminals have become more and more evident and outward.”

Emphasizing the fact that we must always take the advice of Imam Khomeyni as our model, the representative the people of Urmia said, “Imam Khomeyni made many recommendations in the domestic arena that must be taken into consideration. Certainly the emphasis of the founder of the Islamic Revolution on simple living and the virtuousness of the officials are among the issues that must be considered by the employees of the Islamic system of government every day.”

In conclusion, the member of the Committee on Industry and Mines in the Islamic Consultative Assembly stated, “Today, when Imam Khomeyni is not alive, we must listen completely to the commands of the Wali al-Faqih [Guardian-Jurist] against the arrogant powers in order that we don’t suffer harm on the battlefield.”

On May 8, the US president announced that Washington was walking away from the Joint Comprehensive Plan of Action (JCPOA), the nuclear agreement reached between Iran and the P5+1 group of countries (China, France, Russia, the United Kingdom, and the United States; plus Germany) in July 2015, and that he planned to reinstate American sanctions on Iran and impose “the highest level” of economic bans on the Islamic Republic.

Also, on July 22, Trump threatened Iran with consequences “the likes of which few throughout history have ever suffered before” as the United States launched a campaign meant to foment unrest in the Islamic Republic.

Tags: Nader Ghazipour Donald J. Trump sanctions on iran Iran Iranian politics Trump Iranian Revolution Islamic Republic of Iran Donald Trump sanctions Iranian Government
Short Link rasanews.ir/201qAa
Share
0
Please type in your comments in English.
The comments that contain insults or libel to individuals, ethnicities, or contradictions with the laws of the country and religious teachings will not be disclosed