Russia Calls on Int’l Community to Encourage Dialogue in Yemen

Rasa - The international community should continue encouraging parties to the conflict in Yemen to dialogue and do not give up this process, Russia’s Foreign Minister Sergei Lavrov said in an interview with Ethiopia’s 'The Reporter'. 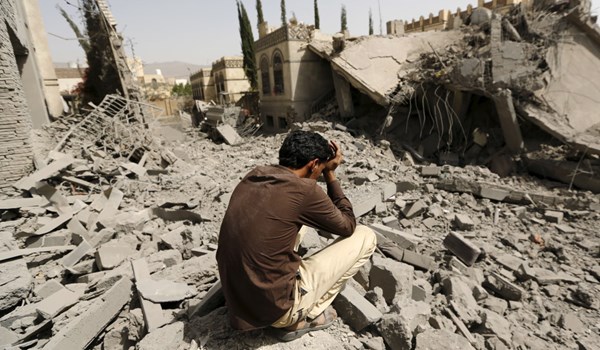 RNA - "Our position remains unchanged and we believe that putting an end to the conflict in Yemen will be only possible through dialogue and respecting interests of all Yemeni political factions," the Russian minister said on Saturday.

"However, it will not be possible to restore national accord there, in an instant," he continued.

Lavrov said that "The opposing parties have lodged several claims against each other, even though sometimes they could be groundless."

"In the current situation, Yemeni factions are not ready for constructive dialogue aimed at resolving the contradictions, and this, in fact, is the main problem on the way of settlement of the crisis," the Russian foreign minister said.

"However, this should not be considered as a justification to give up the attempts in this direction."

Moscow’s position is that the international community, and first of all the UN, "should continue encouraging Yemen’s protagonists to avoid violence and return to the negotiations table”, Lavrov noted.

"On our part, we will continue contributing to this job," the Russian foreign minister said.

At the same time, the Russian side is taking practical steps "to offer humanitarian support to the suffering civilians in Yemen," Lavrov said. "We consider sending there another humanitarian consignment soon."

According to Tasnim News Agancy, Yemen’s defenseless people have been under massive attacks by the Saudi-led coalition for the past three years but Riyadh has reached none of its objectives in Yemen so far.

Since March 2015, Saudi Arabia and some of its Arab allies have been carrying out deadly airstrikes against the Houthi Ansarullah movement in an attempt to restore power to fugitive former President Abd Rabbuh Mansour Hadi, a close ally of Riyadh.

Over 14,000 Yemenis, including thousands of women and children, have lost their lives in the deadly military campaign.

Tags: Yemen Saudi
Short Link rasanews.ir/201pbV
Share
0
Please type in your comments in English.
The comments that contain insults or libel to individuals, ethnicities, or contradictions with the laws of the country and religious teachings will not be disclosed