Rasa - Violence by Israeli settlers in the occupied West Bank has been increasing in 2018, according to the latest update by United Nations monitors on the ground. 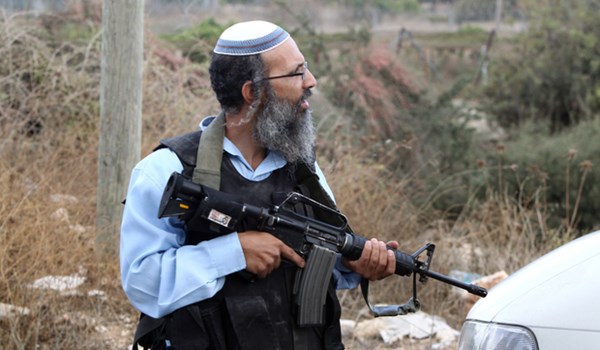 RNA - In its latest fortnightly report, the UN Office for the Coordination of Humanitarian Affairs (UN OCHA) in the occupied Palestinian territory documented a number of serious recent incidents, Middle East Monitor reported.

Over a two-week period (13-26 February), 16 Palestinians were injured and various Palestinian property “lost or damaged in attacks and raids by Israeli settlers”, UN OCHA said.

Four of the incidents occurred in Einabus and Asira al-Qibliya villages near Nablus “reportedly by settlers from Yitzhar, Bracha and their surrounding outposts”, the agency said.

These incidents “involved the physical assault and injury of a 91-year-old man, the killing of 17 sheep and theft of another 37, and the vandalizing of a house.”

Meanwhile, “in the same area”, five Palestinians were injured by Israeli occupation forces, “during clashes that erupted after Israeli settlers raided the village.”

Another four Palestinian men were “physically assaulted and injured by settlers in four separate incidents elsewhere in the West Bank”, and six Palestinian-owned vehicles were also damaged in five stone-throwing incidents by settlers.

“Settler violence has been on the rise since the beginning of 2018, with a weekly average of six attacks, compared to an average of three in 2017 and two in 2016,” according to UN OCHA.

Tags: Settler Palestinian Israel
Short Link rasanews.ir/201pbH
Share
0
Please type in your comments in English.
The comments that contain insults or libel to individuals, ethnicities, or contradictions with the laws of the country and religious teachings will not be disclosed