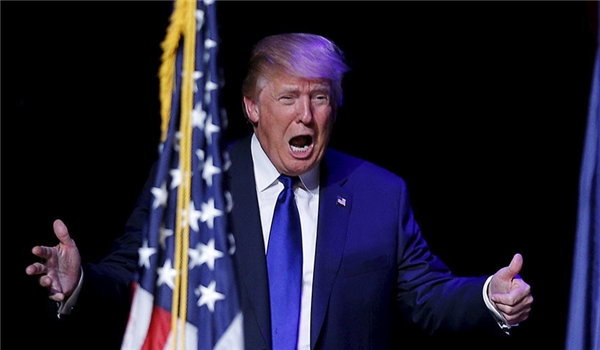 RNA - In an interview with MSNBC's "Deadline: White House", Brennan told host Nicole Wallace that the President was "ill prepared" to take on the duties of commander-in-chief, particularly growing military aggression from Russia and North Korea, The Hill reported.

"It is no secret to anybody that Trump was very ill prepared and unexperienced in terms of dealing with matters that a head of state needs to deal with, head of government, and I think this is now coming to roost," Brennan said.

"[O]ur country needs to have confidence that we’re going to be able to deal with [Russian President Vladimir] Putin, who is flexing his muscles once again on the military front, that we can deal with North Korea, that we can deal with these issues. And if we have somebody in the Oval Office who is unstable, inept, inexperienced, and also unethical - we really have rough waters ahead," he added.

The former CIA chief under former President Barack Obama went on to hit Trump for tweeting at actor Alec Baldwin over his "Saturday Night Live" impression of Trump rather than responding to Putin, who announced the previous day the development of missiles he claimed would render defense systems "useless."

"When I hear what Putin was saying just yesterday about the nuclear capabilities he has, the President of the United States is tweeting about Alec Baldwin this morning, I mean, where is your sense of priorities?," Brennan asked, adding that "I think a lot of Americans are looking at what’s happening with a sense of — this is surreal."

The Russian Leader told lawmakers this week that new intercontinental ballistic missiles developed by the country could reach almost any target in the world.

"I want to tell all those who have fueled the arms race over the last 15 years, sought to win unilateral advantages over Russia, introduced unlawful sanctions aimed to contain our country's development... you have failed to contain Russia," he said.

"President Putin has confirmed what the United States government has known all along, which Russia has denied. Russia has been developing destabilizing weapons systems for over a decade, in direct violation of its treaty obligations," Sandres stated.

Tags: US CIA Trump
Short Link rasanews.ir/201pbE
Share
0
Please type in your comments in English.
The comments that contain insults or libel to individuals, ethnicities, or contradictions with the laws of the country and religious teachings will not be disclosed