Rasa - Iran has rejected a new United Nations report on the human rights situation in the Islamic Republic as “untrue” and “politically-motivated,” saying the document holds no value as it ignores the many steps Tehran has taken to meet its rights obligations and development goals. 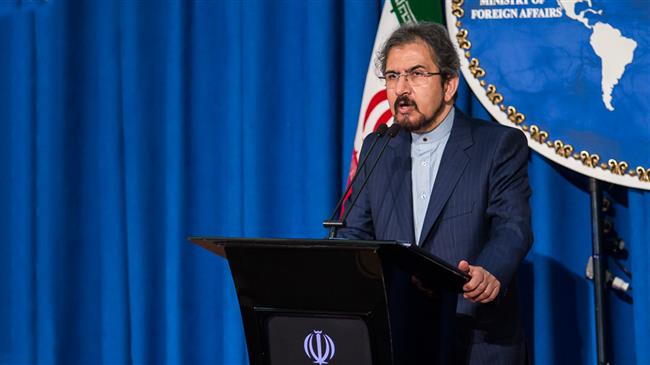 RNA - “As we have already witnessed time and again in the past, these reports are flawed both in nature and approach, and thus hold no value in the eye of the Islamic Republic,” Iran’s Foreign Ministry spokesman Bahram Qassemi said Friday.

He made the remarks in reaction to a new report by the UN Secretary General Antonio Guterres that is scheduled to be presented at the 37th session of the UN Human Rights Council, which began on February 26 and lasts until March 23.

Guterres, who assumed office January last year, has in his previous reports accused Iran of a range of human rights violations from mistreating journalists to arbitrary detentions and unfair trials.

Qassemi said the UN chief’s latest report has “many flaws and shortcomings” as it is based on a “political and unfair resolution,” and is drawn up according to “inauthentic and totally incredible sources and data.”

“Moreover, a total ignorance of Iran’s progress and achievements in implementing human rights has contributed to the production of an unbalanced and particularly biased report,” he said of Guterres’ report.

According to Press TV, the Iranian official asserted, “It is Iran’s resolve to further enhance the rights of its citizens on the basis of progressive Islamic principles as well as the country’s Constitution.”

What Guterres’ report truly signifies, according to Qassemi, is the UN’s double standard in using human rights as a political means, while turning a blind eye to the “disastrous” human rights violations by other countries.

He said the UN needed to look no farther than the Middle East to see how some countries are “suffering the lamentable humanitarian situation and the disastrous conditions caused by atrocious wars forced upon them” by others.

The continuation of this “politically-motivated” approach to human rights would only render the UN all the more unreliable, Qassemi warned.

Tags: Iran UN Human rights
Short Link rasanews.ir/201pb4
Share
0
Please type in your comments in English.
The comments that contain insults or libel to individuals, ethnicities, or contradictions with the laws of the country and religious teachings will not be disclosed