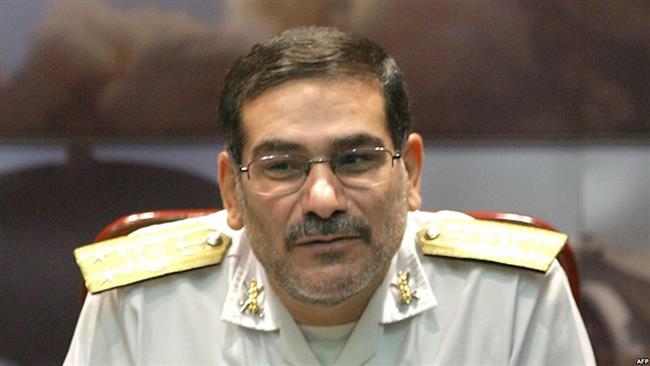 RNA - Iran’s top security official said on Sunday that the move shows that the era of "hit-and-run" has ended, adding that Tel Aviv must get ready to face the consequences of its aggression against Syria.

He made the remarks on the sidelines of rallies to mark the 39th anniversary of the Islamic Revolution in Tehran on Sunday.

On Saturday, the Syrian military downed an intruding Israeli F-16 warplane returning from a bombing raid on an army base in central Syria.

The Israeli military confirmed that one F-16 had gone down in northern Israel, and that its two pilots had ejected and had been located and transferred to hospital. It later announced that one of the pilots was in serious condition.

The Israeli military claimed that it had attacked positions inside the Syrian territory after it intercepted a drone launched from Syria on Saturday.

A pro-Syrian military alliance said later in the day that the Israeli claim about a drone intrusion was bogus, noting that Israel had targeted a drone base in Syria whose unmanned aircraft were used against the Daesh terrorist group.

According to Press TV, over the past years, Israel has frequently attacked targets in Syria, often claiming that it hit positions or convoys belonging to Iran. This is while Iran has no military presence in Syrian territory, only offering advisory military assistance to the Syrian government fighting an all-out foreign-sponsored militancy.

Tags: Syria Israel Shamkhani
Short Link rasanews.ir/201pWF
Share
0
Please type in your comments in English.
The comments that contain insults or libel to individuals, ethnicities, or contradictions with the laws of the country and religious teachings will not be disclosed