Rasa - For all the hype about American occupying forces fighting ISIL in Syria, the majority never saw combat during the terror group’s Medieval rule. 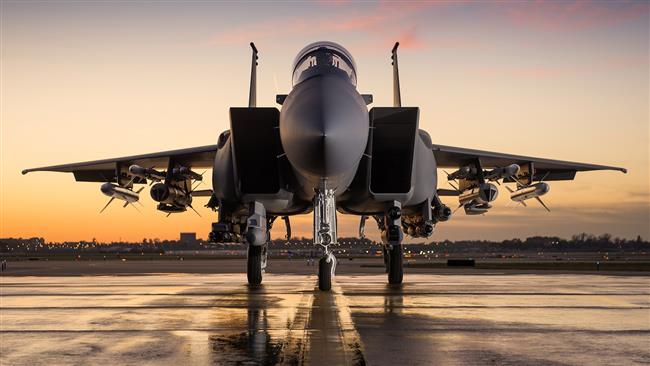 RNA - Never looking for a way out, even now that ISIL has been defeated by the allied forces of Iran, Syria, Russia and Hezbollah, the US troops are still largely focused on working with disillusioned separatist and terror proxies to impose regime change in Damascus and challenge the presence of Iran in the war-torn country.

To that end, the US occupying troops are issuing statement after statement claiming their airstrikes against Syrian government forces along the Euphrates River are in “self-defense.” Light on details, they accuse pro-Syrian forces of attacking the “headquarters” of the Syrian Democratic Forces (SDF), where US troops are stationed.

No doubt such strikes could have substantial ramifications. They reflect the reality that, after the defeat of ISIL, the US has said troops are there primarily with an eye toward imposing regime change, and picking fights with the Iranians. Mind you, Iranian forces are there at the invitation of the Syrian government – just like their Russian counterparts. Besides, they are not there to help increase influence in Mesopotamia and the Levant. This has nothing to do with occupying the country either, but everything to do with fighting the remnants of ISIL and Al-Qaeda, including those proxies who swear loyalty to the American-Israeli-Saudi regimes.

The same is true in Iraq. Iraqis have not forgotten the support of the Iranians in the war against ISIL terrorists that were occupying the northern city of Mosul and with it almost a third of Iraq for some years. Iran sent forces to Baghdad and Erbil to present leaders with vital advice, while the US, by delaying its response, allowed ISIL to reach the doors of Baghdad. When the religious leaders in Najaf called for the formation of the “Popular Mobilisation Units”, Iran supported them and made sure they would be a force to be reckoned with when it came to dislodging ISIL forces from key areas throughout the country.

Meaning, Iran’s policy is to promote peace and security across the region and beyond, and to send a message to the US establishment that Iran will never tolerate the presence of terror proxy forces along its borders. To that end, Iran embraced the UN Charter and International Law, and this is the nature of the Iranian establishment, which dislikes regional instability and chaos.

All that and more offers the US forces no excuse whatsoever to occupy parts of northern Syria forever, let alone create a split among its war-torn communities. War-party Washington is not happy, on the contrary. Acting against International law and the will of Syrian people, the US wants to remain in the post-ISIL country to act against the interests of Iran and Russia, dissuade national unity against all dangers, increase its chances at the forthcoming elections, give a political advantage to its terror proxies, plunder Syria’s energy resources, and preserve the regional status quo – even if that generates the anger of local people with close ties to Iran, several months after the defeat of ISIL and Qaeda-allied terror proxies.

In fact, it is now clear that war-party Washington has lost some of its prestige after the failed regime-change campaign, and that Syrians will have the courage to reject its colonial demands in the future. It is also very clear that the people of Syria blame the US, its allies and their terror proxies for all the ominous things that have happened to their country. They challenge the US because it hasn’t yet learned enough about the Syrian mentality and culture which opposes foreign occupation and meddling.

In Syria today, there are subtleties the American leadership surprisingly ignores. Few Syrians like to see US warplanes targeting Syrian government troops and Iranian-Russian allies. They complain about the mediocre justification the Pentagon regime and American leadership have all been offering (self-defense) thus far. Many of these people believe the US to be financing ISIL and other terror proxy groups, therefore post-ISIL Syria is better off without them.

The reality is that many Syrians expect to see more bloodshed by the American forces in various circumstances which indicate that the US is now looked at as the wrong party to be dealing with the Syrian politicians. They consider repetitive US attacks against government forces and allies an unwise move and a direct challenge to Syrian official authority, integrity, sovereignty, and political future.

Tags: US Syria
Short Link rasanews.ir/201pVv
Share
0
Please type in your comments in English.
The comments that contain insults or libel to individuals, ethnicities, or contradictions with the laws of the country and religious teachings will not be disclosed