Rasa - The Lebanese army has censured an Israeli plan to build a wall along Lebanon’s southern border, saying the structure will be a violation of the country’s sovereignty. 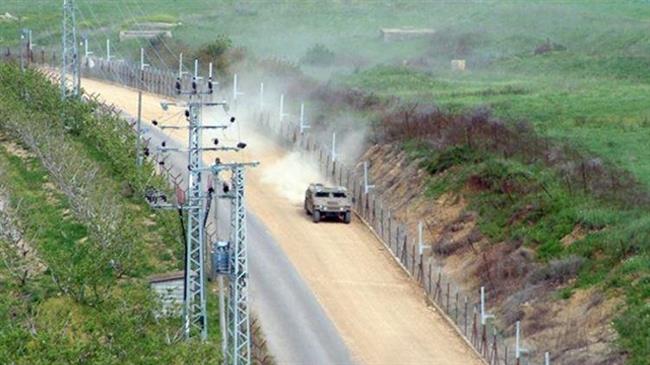 RNA - On Monday, senior Lebanese officials and Israeli army officers held a meeting under the supervision of the UN peacekeepers (UNIFIL) at the Lebanese border town of Naqoura to discuss the contentious wall.

In a statement issued after the tripartite meeting, the army said “the Lebanese side reviewed the matter of the wall which the Israeli enemy intends to build ... confirming the position of the Lebanese government rejecting the construction of this wall as it violates Lebanese sovereignty.”

The Lebanese government says the wall passes through territory, which belongs to Lebanon but is located on the UN-designated Blue Line demarcating the regime’s withdrawal from southern Lebanon in 2000.

President Michel Aoun has said the wall would breach Lebanese territory at 13 different points, calling for “corrections” along the Blue Line.

In the meeting, the Lebanese side also rejected recent Israeli comments about Lebanon’s offshore energy exploration, the army statement said.

Israel’s minister of military affairs, Avigdor Lieberman, last week described as “very provocative” a Lebanese tender for projects in two of its 10 offshore blocks in the Mediterranean Sea. Tel Aviv, which claims sovereignty over Block 9, also urged international firms not to take part.

According to Press TV, lieberman’s remarks came a few days before February 9 when Beirut is set to officially sign contracts with three international firms, allowing exploration to start.

“The block lies entirely within Lebanon’s territorial and economic waters,” the Lebanese army said in its statement.

Aoun is scheduled to hold a meeting with Speaker Nabih Berri and Prime Minister Saad Hariri before noon Tuesday at the presidential palace of Baabda to discuss the situation amid rising Israeli threats against the Arab country.

Meanwhile, Lebanon’s resistance movement Hezbollah has vowed to defend the rights of the country in oil and gas exploration in the eastern Mediterranean region against any new Israeli aggression.

Hezbollah said Lieberman’s recent comments were “a new aggression,” warning that it would “decisively confront any assault on our oil and gas rights.”

Tags: Israel Hezbollah
Short Link rasanews.ir/201pUw
Share
0
Please type in your comments in English.
The comments that contain insults or libel to individuals, ethnicities, or contradictions with the laws of the country and religious teachings will not be disclosed