Rasa - Israel says its warplanes have hit a target belonging to the Palestinian resistance movement of Hamas in the northern Gaza Strip. 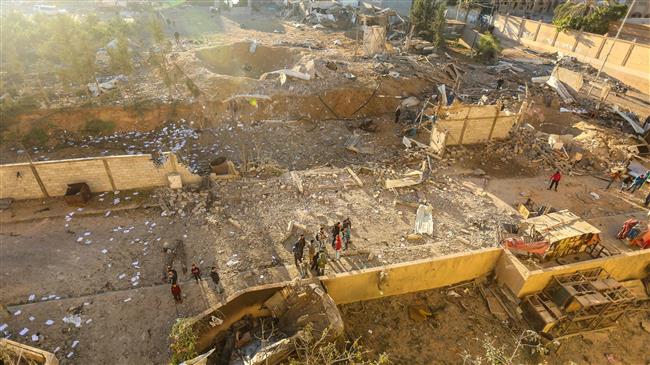 RNA - The attack took place on Friday against “a Hamas observation post,” AFP reported, citing an Israeli military statement. The spot hit was situated near the city of Beit Hanoun in the coastal enclave’s extreme northeast.

No casualties have been reported so far, but the offensive inflicted damage to some residential structures. The agency cited local resident Mohamed Abu Jarad as saying that he and his family had been forced to flee their home after the aircraft released two missiles onto the ground target.

The report said the strike had come hours after a rocket was allegedly fired at Israel from Gaza.

Israel has launched several wars on the Palestinian coastal sliver, the last of which began in early July 2014. The military aggression, which ended on August 26, 2014, killed nearly 2,200 Palestinians.

Over 11,100 others were also wounded in the war. The Gaza Strip has been under an Israeli siege since June 2007. The blockade has caused a decline in the standards of living as well as unprecedented levels of unemployment and unrelenting poverty.

Tags: Hamas Israel Gaza
Short Link rasanews.ir/201pU8
Share
0
Please type in your comments in English.
The comments that contain insults or libel to individuals, ethnicities, or contradictions with the laws of the country and religious teachings will not be disclosed