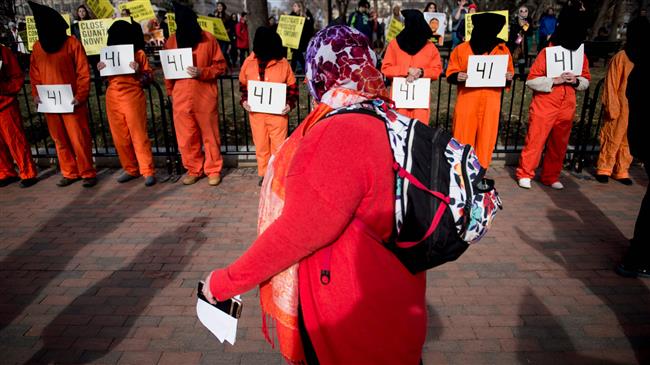 RNA - The director of the ACLU National Security Project, Hina Shamsi, reacted Wednesday to the president’s executive order issued moments before his State of the Union speech on Tuesday.

“The notion that Guantanamo is worthwhile would be laughable if it wasn't so tragic. In addition to the incalculable human suffering, it costs taxpayers more than $445 million a year to detain the 41 men now there. Congress should prevent President Trump from continuing unlawful detention and unconstitutional military commissions. And we all must pledge — not one person more in Guantanamo, not in our names,” she said

Shamsi further suggested that former President Barrack Obama and his predecessor, George W. Bush, were on the right track in dealing with Gitmo.

“Trump is making a big mistake by doubling down on the national security and human rights disaster that is Guantanamo. For more than a decade, Presidents Bush and Obama tried to transfer people out responsibly, but Trump is reversing course. In trying to give new life to a prison that symbolizes America's descent into torture and unlawful indefinite detention, Trump will not make this country any safer,” Shamsi said.

In his State of the Union speech on Tuesday night, Trump boasted that he “just signed, prior to walking in, an order directing (Defense) Secretary (Jim) Mattis ... to re-examine our military detention policy and to keep open the detention facilities in Guantánamo Bay.”

As many as 775 detainees were brought to the notorious prison, which was set up after the September 11, 2001 attacks.

Obama had promised to close the Guantanamo prison during the 2008 presidential election campaign, but his efforts were constantly thwarted by Republican lawmakers in Congress.

As the Republican presidential nominee, Trump had promised in 2016 to fill the prison with "bad dudes.”

Tags: Trump Guantanamo
Short Link rasanews.ir/201pTd
Share
0
Please type in your comments in English.
The comments that contain insults or libel to individuals, ethnicities, or contradictions with the laws of the country and religious teachings will not be disclosed