Rasa - Yemen’s Houthi Ansarullah movement has hit out at the Saudi crown prince and defense minister, who said the Riyadh regime has no intention of ending its bloody military campaign against the impoverished nation. 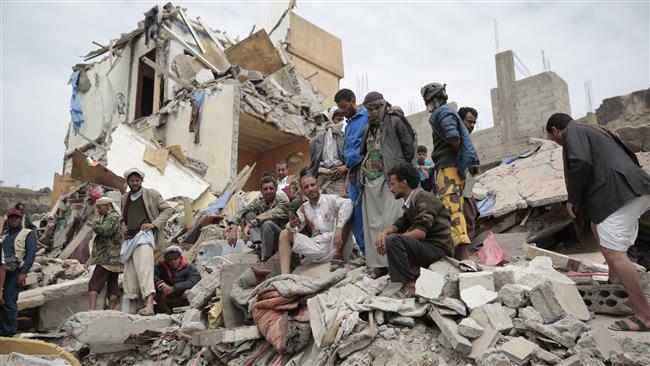 RNA - Mohammed Abdelsalam, a senior spokesperson for the Houthis, said Thursday that Riyadh seeks to install another puppet regime in Yemen, which would do the biddings of Al Saud and the United States.

Saudi Crown Prince Mohammed Bin Salman, who is known as the architect of the war on Yemen, told Reuters in a Thursday interview that the Riyadh is set to continue the military campaign, which is meant to crush the Houthis and bring back the former Riyadh-allied government to power.

The Ansarullah official further said Riyadh is merely seeking to regain the dominance it has lost in Yemen, adding that bin Salman’s belligerent comments are a “disgrace” for the international community, which has failed to take any action to end the aggression.

During the interview, bin Salman drew a parallel between Yemen’s Ansarullah and Lebanon’s Hezbollah resistance movement, and said the war against Yemen is about preventing the Houthis from turning into another Hezbollah.

When asked, “Any change of heart on policy in Yemen?” he replied, “If we want to create another Hezbollah in the Middle East, then let’s change our policy in Yemen.”

Abdelsalam further said the Saudi crown prince’s Hezbollah comparison shows the kingdom has chosen to side with the occupying Israeli regime.

The Saudis are especially irked by Hezbollah’s key role in the fight against Takfiri terror groups in Syria, where they have long pursued a regime change. Those terrorists are inspired by Wahhabism, an extremist ideology exported by Saudi Arabia.

The Houthi movement, backed by the Yemeni army and popular forces, has been defending Yemen against the Saudi-led offensive, which consists of a bombing campaign, a blockade and the troop deployment to Yemeni soil. The military intervention, which began in March 2015, has left over 12,000 civilian lives, according to the latest tallies by local monitoring groups.

Besides, Ansarlluh has been running Yemen’s state affairs since 2014, when the former pro-Saudi president, Abd Rabbuh Mansur Hadi, resigned amid a domestic political conflict and later fled to Riyadh.

The US has also been all sorts of support to the Saudi-led coalition of Arab states in the war, which has destroyed most of Yemen and led to an unprecedented cholera outbreak in the poorest Arabian Peninsula country.

Despite spending billions of petrodollars, the Riyadh regime has achieved none of its goals during the campaign in the face of stiff resistance by Ansarullah and its allied forces, who have taken the war to Saudi soil.

In the latest development on the battlefield, Yemeni forces on Friday fired Qaher M2 ballistic missiles at arms depot in the kingdom’s Najran border region, inflicting losses on the Saudi military.

Tags: Yemen Saudi
Short Link rasanews.ir/201ol0
Share
0
Please type in your comments in English.
The comments that contain insults or libel to individuals, ethnicities, or contradictions with the laws of the country and religious teachings will not be disclosed