Rasa - The United States highly regards its military in acknowledgment of the fact that it is America’s armed forces that give it much political maneuvering room around the globe. By the numbers alone, the US military has the most substantial presence overseas, and not just in countries nearby but also in lands far far away. 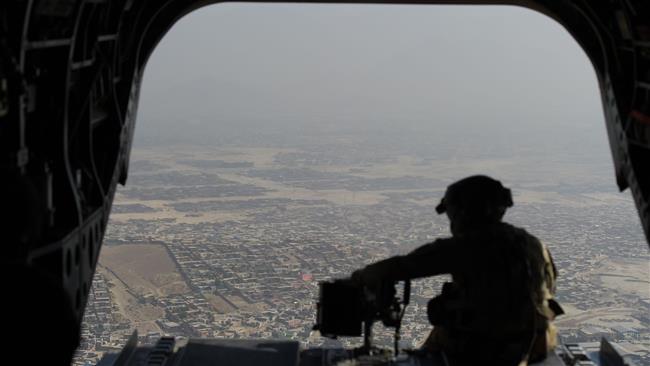 RNA - But the US is technically involved in one war only — in Afghanistan — and its military presence in 176 other countries thus poses serious suspicions about the country’s motives.

And yet, on Sunday, US Secretary of State Rex Tillerson said a branch of the Iraqi military that has been fighting Daesh and that he thinks are “foreign fighters” had to “go home” now that Daesh was on its last legs in Iraq.

“Certainly, Iranian militias that are in Iraq, now that the fight against Daesh and ISIS is coming to a close, those militias need to go home,” he said, in apparent reference to the Iraqi Popular Mobilization Units (PMU), commonly known by its Arabic name Hashd al-Sha’abi. “Any foreign fighters in Iraq need to go home, and allow the Iraqi people to rebuild their lives with the help of their neighbors.”

He was speaking in the Saudi capital of Riyadh.

In November 2016, the Iraqi parliament voted to integrate the PMU — initially a group of Iraqi Shia and Sunni Iraqi volunteer fighters — into the Iraqi army. The group has more than 100,000 fighters. Iraqi authorities say there are between 25,000 and 30,000 Sunni tribal fighters within its ranks in addition to Kurdish Izadi and Christian units.

The group has played a major role in the liberation of Daesh-held areas in Iraq ever since the terrorists launched an offensive in the country in June 2014, when the regular Iraqi army largely crumbled.

Iraqi Prime Minister Haider al-Abadi soon made it clear that the PMU forces are native Iraqis.

“No party has the right to interfere in Iraqi matters,” he said, responding to Tillerson and referring to the PMU forces as “patriots.”

A defiant Tillerson once again on Monday attempted to persuade the Iraqi premier to dismantle the PMU. Abadi’s response: the PMU is “part of the Iraqi institutions.”

He also strongly rejected Tillerson’s accusation that Hashd al-Sha’abi is an Iranian “proxy.”

“Popular Mobilization fighters should be encouraged because they will be the hope of country and the region,” Abadi said.

But what is the US’s military presence exactly like in the world? How many US forces are there in other countries, where they are actually considered “foreign” forces?

In Japan, there are 39,345 US troops, which makes Japan the country where the highest number of foreign soldiers are stationed.

Then there is Germany, where a staggering 34,805 American forces are based.

In Afghanistan, where the US has been involved militarily since a 2001 invasion, a declared 8,400 American troops are stationed. Back in August, however, some US defense officials revealed to The Wall Street Journal that the actual number is around 12,000 troops.

Furthermore, thousands of US troops are stationed in various military bases across the Middle East. In Iraq, there are 5,540 American soldiers.

And at least some 750 American troops are in Syria, which has not authorized that presence.

Tags: US US Afghanistan
Short Link rasanews.ir/201okg
Share
0
Please type in your comments in English.
The comments that contain insults or libel to individuals, ethnicities, or contradictions with the laws of the country and religious teachings will not be disclosed