US warplanes kill at least 14, injure 30 in Syria’s Dayr al-Zawr

Rasa - At least 14 Syrian civilians have been killed and 30 more injured in a US airstrike in the city of Dayr al-Zawr. 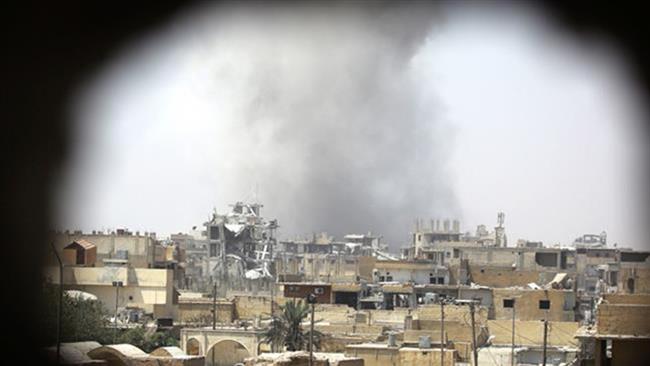 RNA - According to Syrian new sources on Monday, the strike was launched on the government-held region of Qusur.

"Fourteen civilians were killed and more than 30 others injured in air strikes by coalition planes on the Al-Qusor neighborhood in Dayr al-Zawr city," one of the sources said.

The so-called Syrian Observatory for Human Rights puts the death toll at around 22 without confirming the origin of the strikes.

Tags: US Raqqah Syria
Short Link rasanews.ir/201ok3
Share
0
Please type in your comments in English.
The comments that contain insults or libel to individuals, ethnicities, or contradictions with the laws of the country and religious teachings will not be disclosed