Rasa - Human Rights groups in the US have sought a court order to suspend President Donald Trump's latest version of a controversial travel ban, which they argue discriminates against Muslims. 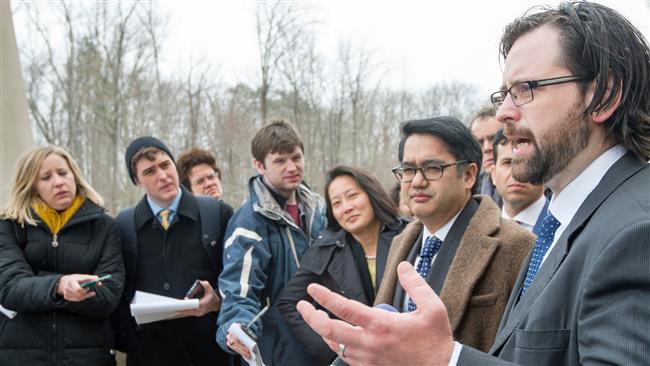 RNA - Continuing a long-running legal battle, the American Civil Liberties Union (ACLU) and others took their case before a federal judge in Greenbelt, Maryland, on Monday to seek an injunction against the ban.

"We need a strong ruling on the merits that says discrimination against Muslims is un-American," argued the ACLU of Maryland, the state neighboring Washington, DC, where the hearing took place.

US District Judge Theodore Chuang, who heard the arguments, suspended a previous version of the executive decree on March 16, taking into account Trump's history of anti-Muslim rhetoric.

The federal judge did not say when he would deliver his decision but is expected to issue it quickly.

In defense of Trump's ban, attorneys for the US Justice Department cited national security concerns and said immigration issues fall largely under the authority of a president.

In June, the US Supreme Court granted the Trump administration’s request to reinstate parts of the second travel ban, after months of legal battle between the government and some states in federal courts.

Trump has issued three travel bans since coming to office in January. His third ban was announced September 24 and takes effect October 18.

Trump issued the new order to replace an expiring 90-day temporary ban on travelers from the Muslim-majority nations of Iran, Syria, Sudan, Yemen, Somalia and Libya.

The new ban removes Sudan from the list of affected countries and adds Chad and North Korea, along with several officials from the government of Venezuela. Iraq, which was included in the first travel ban, was removed from the list in the revised second ban.

ACLU executive director Anthony Romero has said the new ban "is still a Muslim ban at its core."

During the 2016 presidential race, Trump campaigned for "a total and complete shutdown" of Muslims entering the United States on the pretext of preventing terrorist attacks.

Tags: Travel ban Trump
Short Link rasanews.ir/201ohD
Share
0
Please type in your comments in English.
The comments that contain insults or libel to individuals, ethnicities, or contradictions with the laws of the country and religious teachings will not be disclosed