Rasa - Iraqi Turkmen fighters from the Popular Mobilization Units (PMU) have engaged in a two-hour gun battle with Kurdish forces in the country’s central province of Salahuddin as tensions remain high between Kurdish and Turkmen political parties in the wake of last month’s independence referendum in the semi-autonomous Kurdistan region. 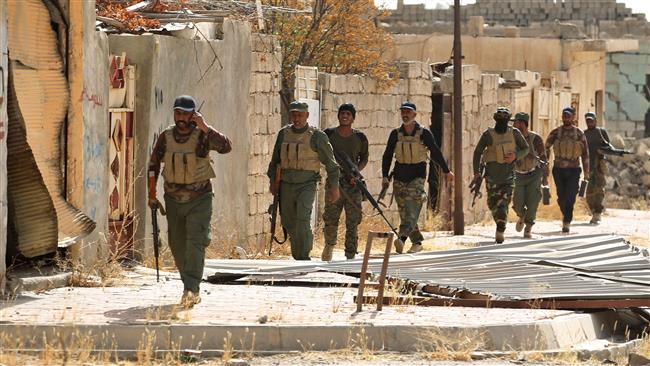 RNA - Security sources, speaking on condition of anonymity, said the skirmishes between fighters from the pro-government PMU -- better known by the Arabic name Hashd al-Sha’abi -- and members of the Patriotic Union of Kurdistan took place in the ethnically-mixed city of Tuz Khurmatu, located some 88 kilometers south of Kirkuk, in the early hours of Saturday morning.

The sources added that a dozen Kurdish families were displaced from the predominantly Turkmen district of Askari to Kurdish neighborhoods of the city.

The exchange of mainly automatic gunfire reportedly left no casualties.

The referendum on secession of the Iraqi Kurdistan Region was held on September 25 despite strong opposition from the central government in Baghdad, the international community, and Iraq's neighboring countries, especially Turkey and Iran.

Following the vote, Baghdad imposed a ban on direct international flights to the autonomous Kurdish region and called for a halt to its independent crude oil sales.

On Thursday, an Iraqi government spokesman said Baghdad had a series of conditions that the Kurdistan Regional Government (KRG) needed to meet before any talks on the resolution of the referendum crisis could start.

“The KRG must first commit to Iraq's unity. The local authorities in the [Kurdistan] region … must accept the sovereign authority of the federal government on … oil exports, [as well as] security and border protection, including land and air entry points,” the unnamed Iraqi official added.

The senior Iraqi official further said, “These are the basis for any dialogue requested by the local government of the region.”

The remarks came in response to an offer for dialogue made earlier by Kurdish authorities.

During a recent press conference in Paris, Abadi said his government did not seek confrontation with Iraqi Kurds, but reiterated Baghdad’s position that the referendum was illegal and that problems should be solved within the framework of Iraq’s constitution.

Tags: Hashd Turkmen Kurd Iraq
Short Link rasanews.ir/201oft
Share
0
Please type in your comments in English.
The comments that contain insults or libel to individuals, ethnicities, or contradictions with the laws of the country and religious teachings will not be disclosed