Rasa - Israeli and Saudi Arabian authorities have welcomed the recent decision by US President Donald Trump not to certify Iran’s 2015 nuclear deal, known as the Joint Comprehensive Plan of Action (JCPOA), it signed with the five permanent UN Security Council members plus Germany. 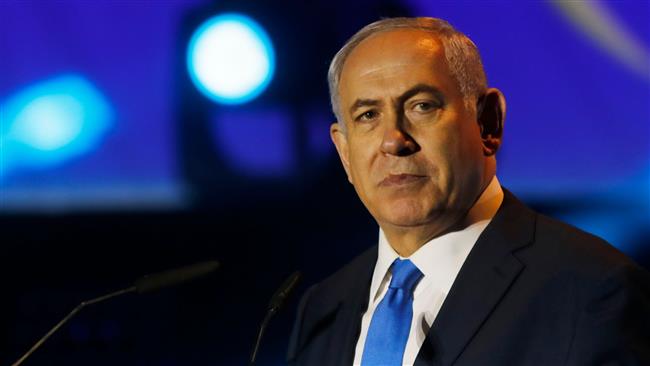 RNA - On Friday evening, Israeli Prime Minister Benjamin Netanyahu hailed Trump's “courageous decision” on Iran, describing it as an opportunity to change the accord and the Islamic Republic’s conduct in the Middle East region.

“He (Trump) boldly confronted Iran… (and) created an opportunity to fix this bad deal, and to roll back Iran's aggression,” the chairman of the Likud party said in a video posted on his Facebook page.

Israeli Intelligence Minister Yisrael Katz  also termed Trump's anti-Iran rhetoric as “very significant,” stressing that such remarks could culminate into a military confrontation given the fitting response that Tehran had pledged.

“Absolutely, yes. I think that the speech was very significant. Iran is the new North Korea. We see where things are going,” Katz told Israel's Hebrew-language Channel 2 television network when asked whether he saw a risk of war between the United States and Iran.

“The kingdom backs and welcomes the firm strategy on Iran and its aggressive policy that was announced by US President Donald Trump,” it said in a statement.

Trump announced a hostile shift in US policy toward Iran on Friday, alleging that the Islamic Republic has performed short of its obligations under its international nuclear deal.

The US president said he would order the Treasury Department to levy new sanctions against the “entire” Islamic Revolution Guards Corps (IRGC), and declared that he could not certify Iran's actions under the nuclear accord.

“I am announcing today that we cannot and will not make this certification,” Trump said. “We need negotiators who will much more strongly represent America's interests.”

The US Congress will now reopen debate on the pros and cons of the nuclear deal.

There are reports that the White House is currently working with the Republican congressional leadership, hoping to force a new round of negotiations with Iran and world powers.

Tags: US Iran Israel Saudi
Short Link rasanews.ir/201ofb
Share
0
Please type in your comments in English.
The comments that contain insults or libel to individuals, ethnicities, or contradictions with the laws of the country and religious teachings will not be disclosed