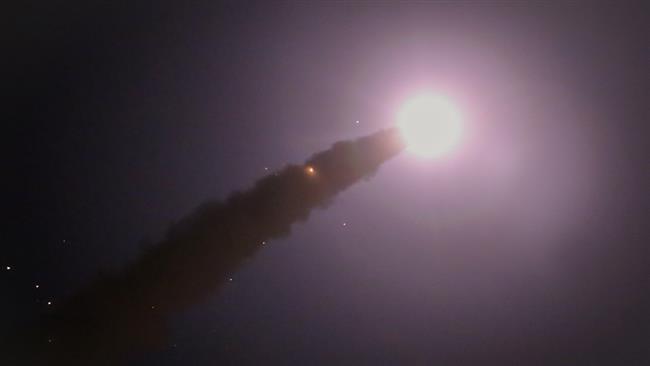 RNA - According to an IRINN TV report on Sunday, during the IRGC operations carried out in Syria’s eastern Dayr al-Zawr province, many terrorists were killed in the attacks, which also destroyed large amounts of terrorists' equipment and weapons.

The report noted that the attacks were part of operations aimed at clearing the Syria-Iraq border of the Daesh terrorist group.

In June, the IRGC fired six medium-range ground-to-ground ballistic missiles into Daesh bases in Syria’s Dayr al-Zawr in retaliation for twin terrorist attacks in the Iranian capital Tehran, which killed 17 people and injured over 50 others.

On June 7, gunmen mounted almost simultaneous assaults on Iran’s Parliament and the Mausoleum of the late Founder of the Islamic Republic Imam Khomeini. The Daesh Takfiri terrorist group claimed responsibility for the assaults.

Tags: DAESH IRGC Iran
Short Link rasanews.ir/201oYZ
Share
0
Please type in your comments in English.
The comments that contain insults or libel to individuals, ethnicities, or contradictions with the laws of the country and religious teachings will not be disclosed