Rasa - Bahrain’s ruling Al Khalifah regime has ramped up its repressive measures ahead of the first month of the Islamic lunar calendar of Muharram, the tenth day of which is known as Ashura that marks the martyrdom anniversary of Imam Hussein (PBUH), the third Shia Imam. 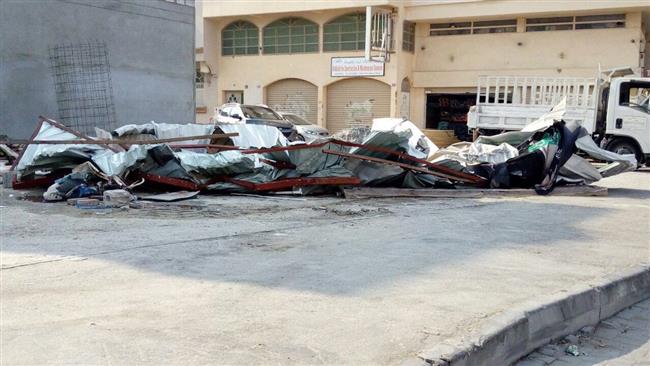 RNA - On Wednesday, the Manama regime’s mercenaries, escorted by security forces, raided the villages of Shahrakan, Jid Ali, Malkiya and Karzakan, taking down Ashura banners and flags and removing black cloths that had draped walls in the areas, Arabic-language Lualua television network reported.

Earlier on Monday, Bahraini regime forces had removed stalls set up to provide food and drinks to mourners in the northern villages of Abu Saiba and Shakhura, and removed Ashura signs in Eker area and in the island of Sitra, located five kilometers south of the capital Manama.

Tags: Al Khalifah bahrain
Short Link rasanews.ir/201oX0
Share
0
Please type in your comments in English.
The comments that contain insults or libel to individuals, ethnicities, or contradictions with the laws of the country and religious teachings will not be disclosed