Rasa - Iranian Foreign Minister Mohammad Javad Zarif has said that US President Donald Trump’s UN address is not worth of a reply. 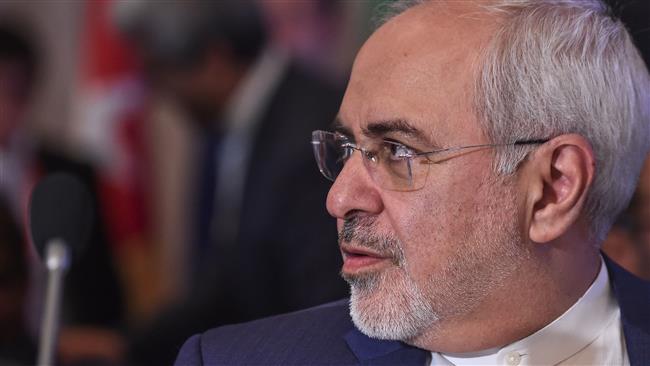 “Fake empathy for Iranians fools no one," he stressed.

Since Trump took office, the US has launched an attack against the nuclear deal negotiated between Iran and the world powers, including Washington, threatening to abandon the deal on multiple occasions.

Trump told the United Nations General Assembly earlier Tuesday that the nuclear agreement, dubbed as the Joint Comprehensive Plan of Action (JCPOA), is an “embarrassment” to the United States.

The US president repeated baseless allegations against Tehran, accusing it of engaging in “destabilizing activities” in the region.

Trump claimed that Iran's "support for terror is in stark contrast to the recent commitments of many of its neighbors to fight terrorism and halt its financing,”

The US and some of its regional allies, including Saudi Arabia, have been staunch supporters of Takfiri terrorists in the Muslim states of Syria and Iraq.

Tehran has, meanwhile, been praised for its support for anti-terrorism efforts by the governments in Damascus and Baghdad.

The Takfiri terrorists of Daesh were initially trained by the CIA in Jordan in 2012 to destabilize the Syrian government.

Trump’s top diplomat appeared on the US media later to highlight his boss’s stance on the JCPOA.

“If we’re going to stick with the Iran deal there has to be changes made to it. The sunset provisions simply is not a sensible way forward,” said US State Secretary Rex Tillerson. “It’s just simply ... kicking the can down the road again for someone in the future to have to deal with.”

Tillerson made the comments as the October 15 deadline was approaching for the president to certify that Iran is complying with the pact.

If Trump refuses to do that, then the Republican-controlled Congress will have 60 days to decide whether to reimpose sanctions waived under the deal.

Iran and the five permanent members of the United Nations Security Council – the United States, France, Britain, Russia and China – plus Germany signed the nuclear agreement on July 14, 2015 and started implementing it on January 16, 2016. Under the JCPOA, Iran undertook to put limitations on its nuclear program in exchange for the removal of nuclear-related sanctions imposed against Tehran.

Tags: Iran UN Zarif Trump
Short Link rasanews.ir/201oWs
Share
0
Please type in your comments in English.
The comments that contain insults or libel to individuals, ethnicities, or contradictions with the laws of the country and religious teachings will not be disclosed