Rasa - Iraqi Vice President Nouri al-Maliki has denounced a planned Kurdish independence referendum in northern Iraq, warning that Baghdad would not tolerate the establishment of “a second Israel,” after the occupying regime became the only entity to support the so-called plebiscite. 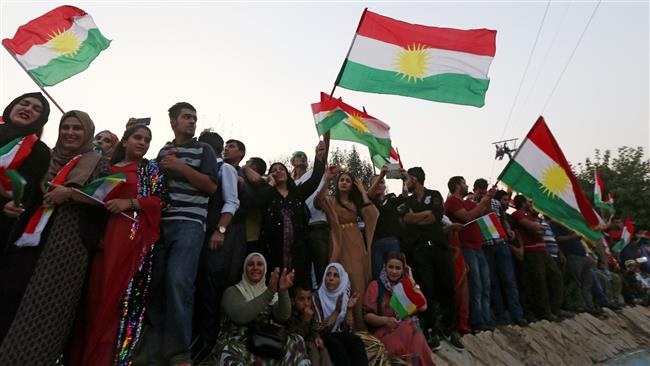 RNA - Maliki, who was also Iraq's prime minister from 2006 to 2014, made the remarks in a meeting with US Ambassador to Iraq, Douglas Silliman, in the capital Baghdad on Sunday, adding that the leaders of the semi-autonomous Iraqi Kurdistan must “call off the referendum.”

The so-called independence plebiscite “is contrary to the constitution and does not serve the general interests of the Iraqi people, not even the particular interests of the Kurds,” Maliki said.

His comments came two days after lawmakers of the Kurdistan Regional Government (KRG), in its capital Erbil, approved the September 25 referendum as opposition legislators boycotted the parliament’s first session in two years.

Sixty-five out of the 68 Kurdish lawmakers present in the 111-seat regional parliament held the secession vote in the face of fierce opposition from the central government in Baghdad, the United Nations and the United States.

“We will not allow the creation of a second Israel in the north of Iraq,” Maliki said at the meeting, according to a statement released by the vice president's office, warning that such a vote would have “dangerous consequences for the security, sovereignty and unity of Iraq.” He also urged the Kurdish leaders to come to the negotiating table

Washington has already expressed its opposition to the referendum, arguing that it would weaken the Arab-Kurdish joint military operations that have managed to make Daesh Takfiri terrorist group retreat in both Iraq and neighboring Syria.

The White House has also warned that holding the vote in “disputed areas” would be “provocative and destabilizing,” urging leaders of the Kurdistan region to call off the referendum and begin serious and sustained negotiations with Baghdad.

A close ally of the United States, the Israeli regime, however, has come out in apparent support of the controversial referendum. Earlier this week, Israeli Prime Minister Benjamin Netanyahu said the Tel Aviv regime “supports the legitimate efforts of the Kurdish people to attain a state of its own.”

On September 12, Iraqi Prime Minister Haider al-Abadi slammed the planned vote as “unconstitutional,” calling on the Kurdish leadership to come to Baghdad and conclude a dialogue. The premier’s remarks came after the Iraqi House of Representatives voted to reject the referendum.

The Iraqi parliamentarians urged the prime minister to take all necessary measures to maintain the unity of Iraq and start a serious dialogue with the Kurdistan region to resolve pending issues.

Turkey has already censured efforts to establish an independent Kurdistan as “a grave mistake.” Ankara says the potential creation of an independent Kurdish state in its backyard would further embolden Turkey’s homegrown Kurdistan Workers’ Party (PKK) militants toward an even stiffer confrontation with the government.

On Saturday, Turkish President Recep Tayyip Erdogan said in a televised interview that Ankara would hold a high-level security meeting on September 22 to decide on how to respond to such a plebiscite, saying the Kurdish leadership was suffering from “serious political ineptitude.”

In June, Iran said it was opposed to the “unilateral” scheme for the independence of the Iraqi Kurdistan, underlining the importance of maintaining the integrity and stability of Iraq and insisting that the Kurdistan region was part of the majority Arab country.

The United Nations, for its part, has already called on Iraqi Kurdish leader, Massoud Barzani, to cancel plans for the controversial plebiscite and enter internationally-backed negotiations with Baghdad with the aim of reaching a deal within three years.

Tags: Kurd Iraq
Short Link rasanews.ir/201oVn
Share
0
Please type in your comments in English.
The comments that contain insults or libel to individuals, ethnicities, or contradictions with the laws of the country and religious teachings will not be disclosed