Rasa - A large number of villages that were inhabited by Myanmar’s persecuted Muslim Rohingya minority are completely empty in a pointer to worsening ethnic cleansing of Muslims in the mainly Buddhist country. 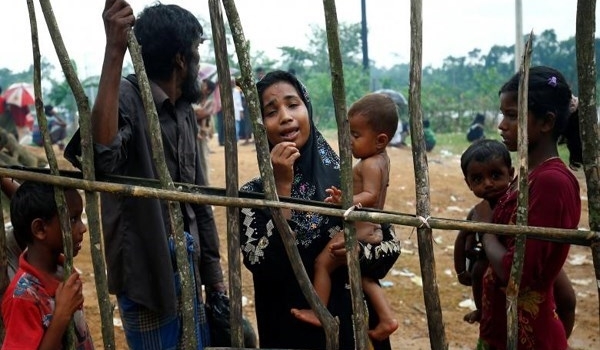 RNA - Of 471 villages targeted in “clearance operations” by the Myanmar army since late August 176 are now completely empty and at least 34 others partially abandoned, government spokesman Zaw Htay has said, Al Waght reported.

Myanmar’s military stepped up a crackdown on Rohingya Muslims on August 25, after dozens of police and border outposts in the northern state of Rakhine allegedly came under attack by an armed group that is said to be defending the rights of the Rohingya. In the ensuing crackdown, over 6,000 Muslims have been killed in what is clearly a deliberate move of genocide and ethnic cleansing by Myanmar's army.

The genocide of Muslims, which has led to at least 370,000 Rohingyas scrambling across the border to Bangladesh, has prompted a barrage of criticism of Aung San Suu Kyi, Myanmar’s de facto leader.

The Nobel laureate had been due to attend the UN general assembly next week, but will now skip the event following growing anger over genocide of Muslims in the country.

The world’s largest Muslim organization has called on Myanmar to allow United Nations investigators into a violence-stricken state in the country where the military and Buddhist mobs are conducting “systematic brutality” against minority Muslims.

The 57-member Organization of Islamic Cooperation (OIC) made the call after an emergency meeting on the sidelines of a technology conference in Astana, Kazakhstan, on Tuesday.

Tags: Muslim Myanmar
Short Link rasanews.ir/201oUU
Share
0
Please type in your comments in English.
The comments that contain insults or libel to individuals, ethnicities, or contradictions with the laws of the country and religious teachings will not be disclosed