Rasa - At least 22 civilians, mainly women and children, have been killed in the latest US airstrikes on the Syrian cities of Raqqah and Dayr al-Zawr. 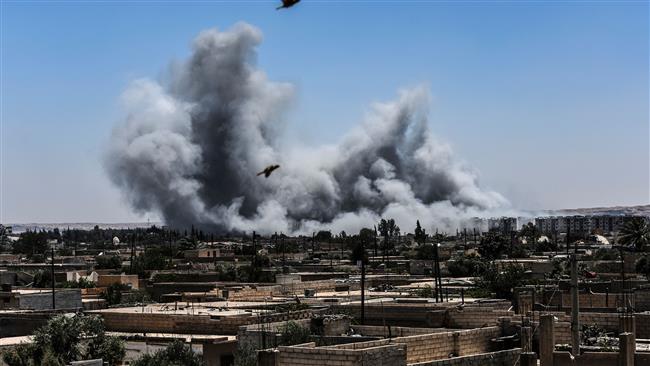 RNA - According to Syria's official news agency, SANA, 11 of the civilians were killed as US jets targeted a residential area in Raqqah, while 11 more were killed during a strike on Dayr al-Zawr’s al-Shahabat village on Wednesday.

The military alliance has repeatedly been accused of targeting and killing civilians. It has also been largely incapable of fulfilling its declared objective of destroying Daesh.

The Syrian government has also on multiple occasions sent letters to UN Secretary General António Guterres and the UN Security Council condemning the US-led coalition for committing war crimes and crimes against humanity through aerial bombardment of residential neighborhoods.

Tags: US Syria
Short Link rasanews.ir/201oU5
Share
0
Please type in your comments in English.
The comments that contain insults or libel to individuals, ethnicities, or contradictions with the laws of the country and religious teachings will not be disclosed