Al-Qaeda is ‘weaker than it was 16 years ago’

Rasa - CIA Director Mike Pompeo says the al-Qaeda terrorist group that carried out the September 11, 2001 attacks in the United States is “weaker than it was 16 years ago.” 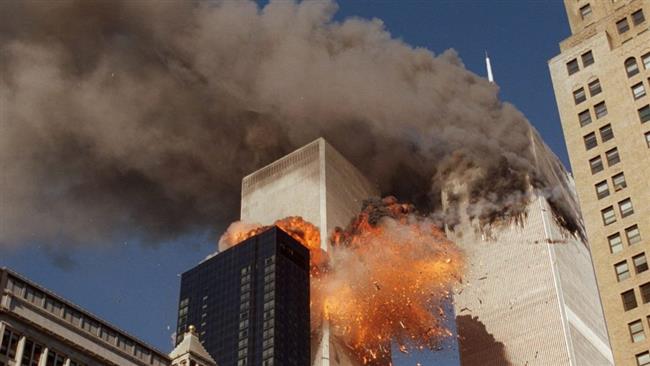 RNA - Pompeo made the remarks on Monday when the United States commemorated 16th anniversary of the 9/11 attacks, which were a series of strikes in the US that killed nearly 3,000 people and caused about $10 billion worth of property and infrastructure damage.

US officials assert that the attacks were carried out by al-Qaeda terrorists but many experts have raised questions about the official account. They believe that rogue elements within the US government orchestrated the 9/11 attacks in order to accelerate the US war machine and advance the Zionist agenda.

Pompeo said his team “is working diligently to find them [al-Qaeda terrorists] and bring them to justice.”

"The US government and our allies have done really good work to take out their senior leaders but the threat from radical Islamic terrorism remains and whether it is [Daesh] Iraq and Syria] or Ansar al-Sharia or any of the other couple of dozen groups that are out to do harm to America that threat remains and we as a nation must remain ever vigilant so that something like what happened 16 years ago today can never happen again," said the CIA chief, whose agency is accused of creating and sponsoring Takfiri terrorist groups such as al-Qaeda and Daesh in several Islamic countries.

Pompeo also warned al-Qaeda leaders that their days are numbered.

"If I were them, I'd count my days," Pompeo said when asked if the United States is close to hunting down al-Qaeda leaders such as Ayman al-Zawahiri or the son of Osama bin Laden.

The CIA chief also stressed that Daesh has always "posed a serious threat" to America.

"The US estimate of ISIS [Daesh] has always been that they posed a serious threat. It's never been the case that this was a second-tier threat. In fact, there have never been as many foreign fighters in any one place as are in Syria even yet today— even in the heyday of al-Qaeda there weren't as many foreign fighters. So, there's still a lot of work to do," Pompeo said.

Daesh terrorists are operating in several Islamic countries in the Middle East and North Africa as well as in Afghanistan. The Takfiri group also has its followers and supporters in the West including the United States.

Many of the Daesh terrorists were initially trained by the CIA in Jordan in order to fight against the Syrian government. America’s regional allies, particularly Saudi Arabia, the UAE and Israel are often accused of sponsoring them.

Tags: US DAESH ISIS Qaeda
Short Link rasanews.ir/201oTM
Share
0
Please type in your comments in English.
The comments that contain insults or libel to individuals, ethnicities, or contradictions with the laws of the country and religious teachings will not be disclosed