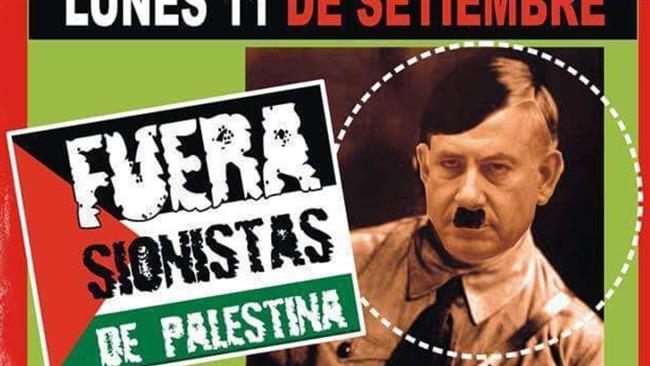 RNA - Pro-Palestinian and left-wing demonstrators held a rally in the capital, Buenos Aires, on Monday, ahead of Netanyahu’s arrival, to condemn the Israeli occupation of Palestinian territories and crimes against Palestinian people.

They carried images depicting Netanyahu as Hitler and reading “Get out Zionists from Palestine. Get out Netanyahu.”

Other images showed mug shots of Netanyahu as a wanted criminal. Messages on those posters read wanted for “human rights crimes” and the “genocide of the Palestinian people.”

People also plan to hold a protest in Buenos Aires on Tuesday, when Netanyahu is slated to meet Argentinean President Mauricio Macri.

It is a first visit by a sitting Israeli prime minister to Latin America.

Tags: Netanyahu Argentina
Short Link rasanews.ir/201oTH
Share
0
Please type in your comments in English.
The comments that contain insults or libel to individuals, ethnicities, or contradictions with the laws of the country and religious teachings will not be disclosed