Rasa - The US Supreme Court has granted the Trump administration's request to temporarily lift restrictions on the administration’s travel ban, blocking an opportunity for tens of thousands of refugees to enter the US. 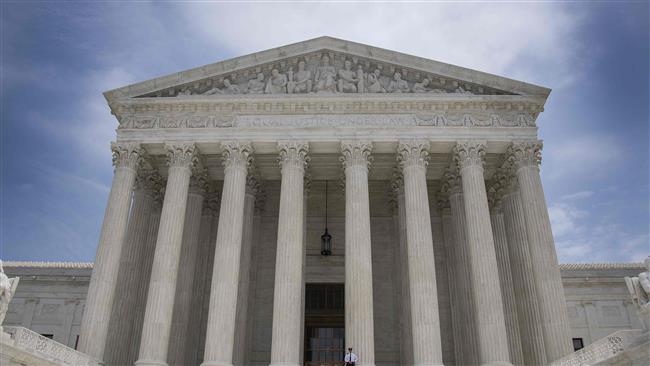 RNA - At the request of the Justice Department, the Supreme Court put a hold on a lower court ruling that would have exempted some people from Trump's ban on refugees. The ruling would have allowed refugees to enter the country if they obtained promises of assistance from refugee resettlement organizations. An estimated 24,000 refugees have obtained such promises.

The Supreme Court handed Trump a partial win in June when it allowed the administration to temporarily block people from six predominantly Muslim countries from entering the US. But the court carved out an exemption for people with a “bona fide relationship” with a person or entity in the country.

The federal district court judge in Hawaii who blocked Trump’s order in March further weakened it in July by including grandparents, grandchildren, brothers-in-law, sisters-in-law, aunts, uncles, nieces, nephews and cousins of people in the US and refugees working with resettlement agencies in the definition of what constitutes a bona fide relationship.

The Trump administration's travel ban blocks travelers from Iran, Libya, Somalia, Sudan, Syria and Yemen from entering the US for 90 days.

Tags: US Trump
Short Link rasanews.ir/201oT4
Share
0
Please type in your comments in English.
The comments that contain insults or libel to individuals, ethnicities, or contradictions with the laws of the country and religious teachings will not be disclosed