Rasa - The top UN human rights official has described as a failure a European-African agreement to contain the flow of refugees seeking to reach Europe through Libya, censuring the EU for turning a blind eye to the abuses the refugees face during the perilous journey to Europe. 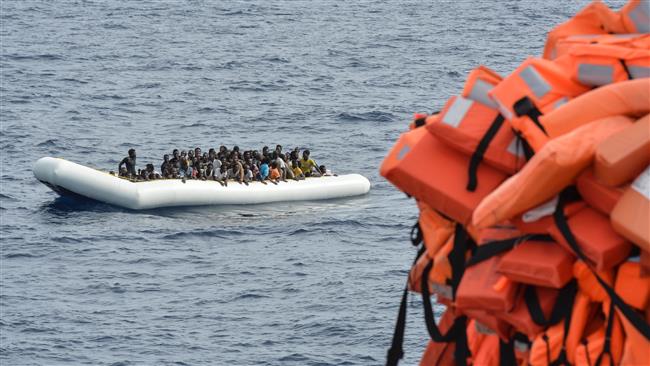 RNA - In an article published Friday by the UN, the world body’s High commissioner for Human Rights Zeid Ra’ad al-Hussein said it was significant that the agreement -- struck in Paris on August 28 between leaders of France, Germany, Italy, Spain, Chad, Niger and Libya – recognized the need for a comprehensive response to the plight of Europe-bound refugees.

The signatories of the deal agreed on a plan to tackle illegal human trafficking and support countries battling to stem the flow of asylum seekers across the desert and Mediterranean Sea.

“But it is very thin on the protection of the human rights of migrants inside Libya and on the boats, and silent on the urgent need for alternatives to the arbitrary detention of vulnerable people,” Hussein wrote in the article.

Hussein’s office released a report last December on abuses faced by refugees mostly from the Middle East and Africa in Libyan detention centers, “but memories are short when facts are inconvenient,” he wrote.

Since then the situation had deteriorated, with far too many allegations to verify and reports of bodies “in the desert, in the forest, on the beaches,” according to Hussein, who added that Libya’s morgues were overflowing.

“A coastguard that sometimes rescues migrants in distress – but sometimes chooses not to. Like the militias onshore, coastguards also sometimes beat, rob and even shoot the migrants they intercept,” said the UN official.

Apart from the families awaiting word from missing relatives, hardly anybody seemed to care, he wrote, underlining that the EU faces a moral and legal dilemma for relying on cooperation with Libyan coastguards and downplaying their abuses, which include shooting at aid workers trying to rescue refugees.

Hussein further supported a letter to European leaders by Joanne Liu, the head Doctors without Borders, a charity group that has dispatched aid workers to affected areas to rescue refugees.

Libya has turned into a scene of rampant militancy since the NATO military intervention of 2011 amid an uprising that led to the ouster of longtime dictator, Muammar Gaddafi.

Back in April, the United Nations’ International Organization for Migration (IOM) raised the alarm over a climbing number of refugees passing through Libya, who were being traded in so-called slave markets before being held for ransom and subjected to malnutrition and sexual abuse.

The organization says it has identified close to 350,000 internally displaced people in Libya.

Citing estimates provided by embassies, the IOM says the total population of refugees in Libya is about 700,000 to a million people, mostly coming from Egypt, Niger, Sudan, Nigeria, Bangladesh, Syria and Mali.

Tags: refugee UN Libya EU
Short Link rasanews.ir/201oSP
Share
0
Please type in your comments in English.
The comments that contain insults or libel to individuals, ethnicities, or contradictions with the laws of the country and religious teachings will not be disclosed