Rasa - The Palestine Liberation Organization (PLO) says the Tel Aviv regime’s approval of plans to construct over 4,000 new settler units in the occupied Palestinian territories shows it does not believe in a so-called two-state solution. 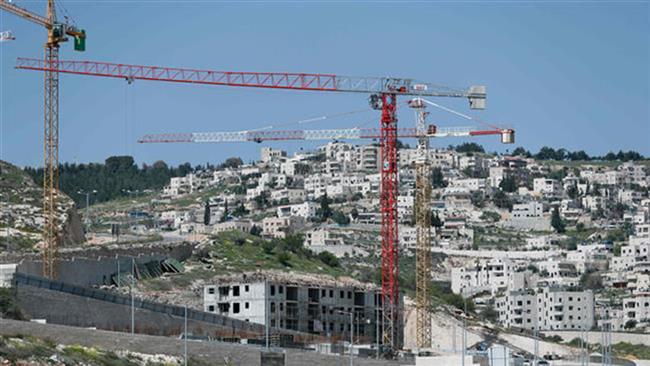 RNA - On Wednesday, a senior PLO executive committee member, Ahmad Majdalani, said Tel Aviv's approval of the plans are another attempt to sabotage any chances of a two-state solution to the Israeli-Palestinian conflict.

He stressed that Israel is “trying to escalate settlements both in the West Bank and East Jerusalem al-Quds to completely eliminate the vision of a two-state solution and any chances of establishing a contiguous and sovereign Palestinian state."

The Palestinian Information Center news website reported on Tuesday that Israel’s Planning and Construction Committee approved the construction of 4,000 settlement units in a 600-hectare-area located in the occupied Palestinian territories.

Since the January inauguration of US President Donald Trump, who is a staunch supporter of Israel, Tel Aviv has stepped up its construction of settler units on occupied Palestinian land in a blatant violation of international law.

Tags: Palestinian Israel
Short Link rasanews.ir/201oRU
Share
0
Please type in your comments in English.
The comments that contain insults or libel to individuals, ethnicities, or contradictions with the laws of the country and religious teachings will not be disclosed