Rasa – Referring to the ceasefire imposed on the Daesh terrorist group by Hezbollah, Hasan Hanizadeh said, “Hezbollah was negotiating indirectly to prevent a humanitarian catastrophe.” 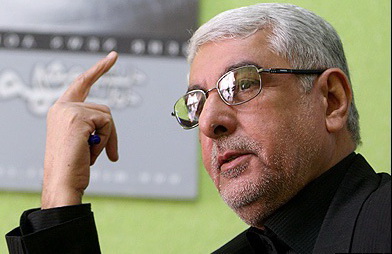 RNA – In an interview with Rasa News Agency, Hasan Hanizadeh, an international affairs analyst and political assistant at the al-Ahwaz World Network, referred to the importance of liberating the Jaroud Arsal region and the concentration of hundreds of Daesh and al-Nusrah Front terrorists on the heights of the region in eastern Lebanon and said, “With the adoption of all security, military and humanitarian measures, Hezbollah liberated the aforesaid region with the help of the Lebanese army and all but a region of 20 square kilometres remains in Daesh’s hands.”

He argued that the reason that the remaining 20 square kilometres remain unliberated is due to the concentration of the people in the region, especially Sunnis, and Daesh’s threats of mass murder of the residents if an opportunity isn’t given for them and stated, “Hezbollah sought to prevent a humanitarian catastrophe by indirectly entering into negotiations and at the same time proclaimed and imposed its conditions on the Daesh terrorist group, which are to identify the fate of the prisoners and the martyrs.”

Hanizadeh said that Daesh complied with its obligations and said, “The delivery of the body of the martyr Mohsen Hojjaji and the identification of the location of the burial place of nine Lebanese army forces are among the conditions which were imposed by Hezbollah on Daesh regarding a proposed ceasefire.”

The international affairs analyst continued, “The March 14 Alliance was supposed to build a series of movements against Hezbollah based on the Daesh’s intention to kill Sunnis in Jaroud Arsal. For this reason, to take away such an excuse from the March 14 Alliance, Hezbollah presented a proposal for Daesh forces to leave the region and move to other regions of Syria.”

The deputy political chief of the al-Ahwaz World Network pointed out that the concentration of Daesh forces in one place increases their vulnerability and said, “Hezbollah made a clever move to prevent a humanitarian catastrophe and, on the other hand, their actions led to the complete eradication of Daesh forces in the Arsal region.”

Stating that Daesh forces have now been transferred to the border with Iraq and Syria, Hanizadeh said, “The protest of the Prime Minister of Iraq [Haydar al-Abadi] regarding the ceasefire and the transfer of Daesh forces are due to the fact that Daesh’s presence at the border of Iraq and Syria may lead to transfer of insecurity to this country in the future and they believe that a common border point must not be a place for the concentration of terrorist forces
and that these terrorists should be transferred to the Turkish border instead.”

Hanizadeh noted that fears of the rebuilding of Daesh forces in order to re-attack was another reason for the Prime Minister’s objection and said, “Daesh is not in a position to regain any opportunity to rebuild its forces and attack Iraq. Today the Takfiri siege on Dayr al-Zawr, near the Syria-Iraq border, has been broken by the Syrian armed forces, and the cleansing of this city as well as Raqqah will not have any effect on the rebuilding of Daesh’s forces and the Iraqi government’s concern will be unjustified.”

An agreement reached between Hezbollah and Daesh in late August calls for the relocation of 300 Daesh fighters and an equal number of their family members from Lebanon to the Syrian city of Abu Kamal, located on the banks of the Euphrates River, not far from the Syrian-Iraqi border.

al-Abadi feels that this puts Iraq in serious jeopardy, torpedoing all attempts by his government to eradicate Daesh from Iraqi towns and cities.

Tags: Dayr al-Zawr Hasan Hanizadeh syrian army DAESH Syria syrian crisis Lebanon Syria developments
Short Link rasanews.ir/201oQf
Share
0
Please type in your comments in English.
The comments that contain insults or libel to individuals, ethnicities, or contradictions with the laws of the country and religious teachings will not be disclosed