Rasa - Iranian Foreign Ministry Spokesman Bahram Qassemi has slammed the United States’ move to impose an aerial blockade on buses carrying women and children as part of a deal between the Lebanese Hezbollah resistance movement and the Daesh Takfiri terrorists. 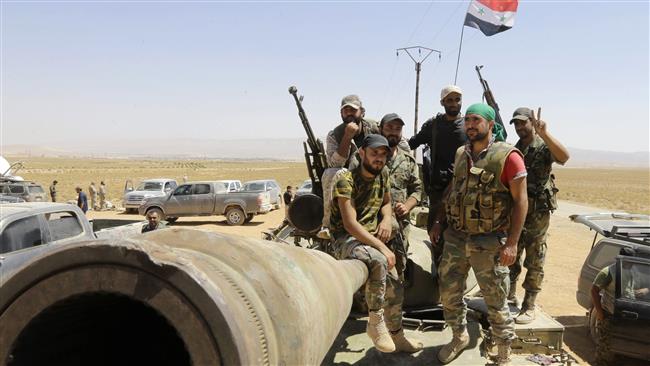 RNA - “The US move to lay a siege to women and children seems to be illogical given the country’s history of cooperation with Daesh [terrorist group],” Qassemi said on Sunday.

“Iran believes that this is an attempt to negatively impact the victory of the Lebanese government and the resistance movement” over Daesh terrorists, he added.

There is a “fundamental difference” between fighting armed Daesh terrorists and the killing of innocent people, he said.

Qassemi stated that blockading a number of women and children in a desert by the US has no military value and would not diminish Daesh terrorists’ power, but would stoke more violence in the region.

“The aerial siege against women and children in non-military buses and the death of several pregnant women over the past two days may turn into a humanitarian disaster if continued,” Qassemi said.

He went on to note that Daesh was nearing a complete collapse due to cooperation among the Iranian, Syrian, Lebanese and Iraqi governments and their armies, adding that the fight against the terrorist group was forcefully ongoing to eradicate terrorism in Syria and Iraq.

The Iranian spokesperson also welcomed and expressed Tehran's support for the humanitarian efforts by the Lebanese government and Hezbollah to save innocent civilians, saying the move turned Lebanon’s military victory into an even bigger one.

“The Islamic Republic of Iran, as a country which is at the forefront of the fight against terrorism, particularly Daesh, asks the United Nations to intervene in this issue and prevent the killing of innocent people,” Qassemi said.

The Syrian government on August 27 agreed to a deal between Hezbollah and the Daesh Takfiri terrorists, which allowed the transfer of the terrorists and their families from the strategic and mountainous region of Qalamoun, close to the border with Lebanon, to eastern Syria.

The Lebanese resistance movement on Saturday accused the US of hampering an evacuation deal with the Daesh terrorist group.

According to a statement released by Hezbollah, US-led forces had left stranded most of the convoy’s 17 buses in the Syrian desert by destroying the road to Dayr al-Zawr.

“They are also preventing anyone from reaching them even to provide humanitarian assistance to families, the sick and wounded, and the elderly,” said the statement.

The deal has been criticized by Washington and some government officials in Iraq as the terrorists are being transferred close to the Iraqi border.

On August 19, Hezbollah and the Syrian army launched an operation to purge Daesh from Qalamoun, located about 330 kilometers (205 miles) north of the Syrian capital Damascus.

Hezbollah launched a major push on July 21 to clear both sides of Lebanon's border with Syria of “armed terrorists.”

Tags: Iran Syria Hezbollah
Short Link rasanews.ir/201oQD
Share
0
Please type in your comments in English.
The comments that contain insults or libel to individuals, ethnicities, or contradictions with the laws of the country and religious teachings will not be disclosed