Rasa - Israel has increased the powers of illegal settlements in the occupied West Bank city of al-Khalil (Hebron) by giving them the formal authority to manage their own “municipal” affairs. 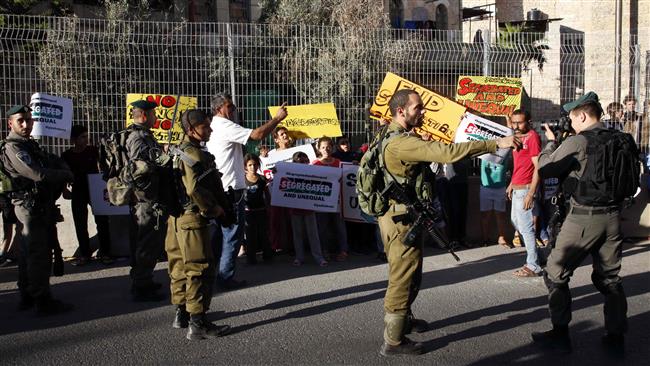 RNA - The Israeli army said in a statement issued late Thursday that it had signed an order to allow a council to provide services to the 1,000 settlers in the occupied city. The council already existed but had no legal standing.

Israeli minister of military affairs Avigdor Lieberman confirmed that he had ordered the change in the settler council’s status.

“I am determined to continue to promote settlement so that it will bloom and thrive,” the hawkish Israeli minister said.

About 800 settlers are living under the Israeli army protection in several heavily-fortified compounds in the heart of al-Khalil.

Settlement expansion in the occupied West Bank and East Jerusalem al-Quds is illegal under international law. However, about 600,000 Israelis live in over 230 illegal settlements built since the 1967 occupation of the Palestinian territories.

Anti-settlement Peace Now organization, which monitors settlement activities in the West Bank, said that through granting official status to the Hebron settlers, the Israeli regime "is formalizing the apartheid system in the city.”

“This step... is another illustration of the policy of compensating the most extreme settlers for their illegal actions,” it said.

The Israeli group revealed back in July that Tel Aviv had advanced plans for constructing 7,721 settler units since January, almost triple the figure for all of last year, which amounted to 2,699 units.

It said the plans were at various stages of the approval process, and the units were located in a number of settlements across the occupied West Bank.

Tags: Palestinian Israel
Short Link rasanews.ir/201oPN
Share
0
Please type in your comments in English.
The comments that contain insults or libel to individuals, ethnicities, or contradictions with the laws of the country and religious teachings will not be disclosed