Rasa - US President Donald Trump’s proposed boost in military spending is an “outrage” and must be “resisted,” says a political commentator. 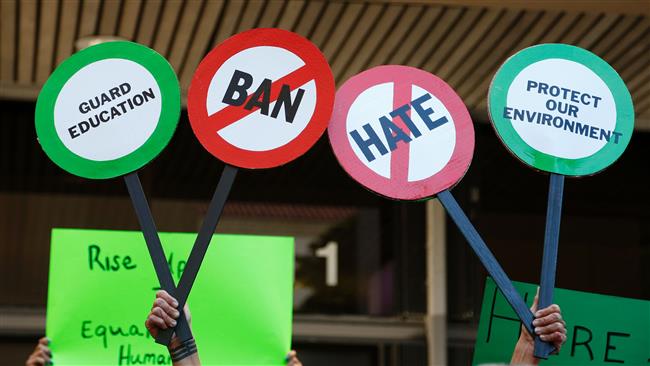 RNA - In an interview with Press TV on Monday, Richard Becker, an activist with the A.N.S.W.E.R Coalition (Act Now to Stop War and End Racism), noted that Trump’s plan to increase defense spending by $54 billion and slash the same amount from non-military spending is “just another step towards more wars.”

The Republican president made the announcement during a meeting with dozens of state governors at the White House earlier in the day.

‘World to suffer even more’

Since he started his campaign for the 2016 presidential election, Trump has been complaining about the US military, calling it “depleted.”

According to Becker, the US military “is not in a depleted state,” as the New York billionaire claims.

“It is the vastest military ever constructed,” he noted, referencing the country’s foreign military bases throughout the globe. “It’s really a worldwide empire.”

“This deployment of military forces around the world and every continent is not to the benefit of the people; it’s not for purposes of pursuing democracy and promoting freedom or any of the things that they [the Trump administration] say.”

The San Francisco-based analyst further asserted that “it is really the interests of the empire that the military serves.”

“To vastly increase the US military at this time… is just another step towards more wars… but the wars that the United States has raged around the world, [along with] interventions and sanctions, have cost millions upon millions of people their lives and injured even more and caused great suffering around the world,” Becker noted, concluding that Trump’s plan would bring about nothing but “more suffering for people, more deaths and more destruction all over the world.”

Tags: US Trump
Short Link rasanews.ir/201nH3
Share
0
Please type in your comments in English.
The comments that contain insults or libel to individuals, ethnicities, or contradictions with the laws of the country and religious teachings will not be disclosed