Rasa - Documents leaked by Arab military sources disclosed that the Saudi regime has gone bankrupt as a result of the war on Yemen, and asked for huge amount of cash from Kuwait. 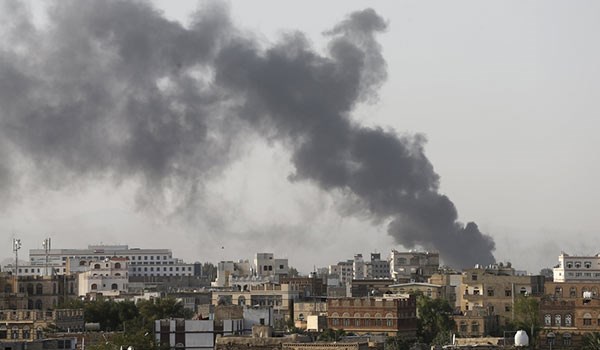 RNA - "Saudi King Salman in a letter to Kuwaiti Emir Sheikh Sabah Al-Ahmad Al-Jaber Al-Sabah has asked for a sum of $10 billion in aid to go on with the war on Yemen," documents provided to the Arabic-language al-Massira television by Yemeni military sources revealed.

"Had the situation not been difficult and intolerable, Saudi Arabia would not have asked for financial assistance (from Kuwait)," said one of the documents that is a letter written by the Saudi king to the Kuwaiti emir.

The leaked documents also show fierce internal conflicts among the Saudi-backed militias over Saudi Arabia's cut-off financial support for these groups of militants that has, in turn, resulted from the Kingdom's bankruptcy.

The documents also revealed that the rift between former fugitive President Mansour Hadi and the Saudi Army commander in Aden Brigadier General Abu Saqar has grown so wide that Hadi has now been forced to ask for the permission of the Saudi-led army officers before taking any decision or move inside Aden.

In relevant remarks on Saturday, intelligence sources in Sana'a disclosed that the US has sent a large number of mercenaries it has hired on high wages to the Southern parts of Yemen to help the Saudi troops against the Yemeni forces there.

"The US has dispatched American security mercenaries to Southern Yemen for further cooperation with the Saudi-led coalition," a Yemeni intelligence source told FNA in Sana'a.

The source noted that the US will pay each mercenary $1,500 per day, and said, "The mission of the US mercenaries is to commit crimes and hurt the Yemeni civilians in Yemen."

He said that the mercenaries have been recruited from different parts of world.

The source also warned that the Saudi-led coalition intends to hire more Blackwater mercenaries after its recent defeats in Bab al-Mandeb operations and sustaining heavy losses.

The UN said earlier this month that almost half a million children in the country are at risk of death from famine as Saudi Arabia’s war in the country completes a second year.

At least seven million people in Yemen are facing starvation as a result of the humanitarian crisis caused by almost two years of war by Saudi Arabia on the country, the UN said.

Tags: Yemen Kuwait Saudi
Short Link rasanews.ir/201nGO
Share
0
Please type in your comments in English.
The comments that contain insults or libel to individuals, ethnicities, or contradictions with the laws of the country and religious teachings will not be disclosed