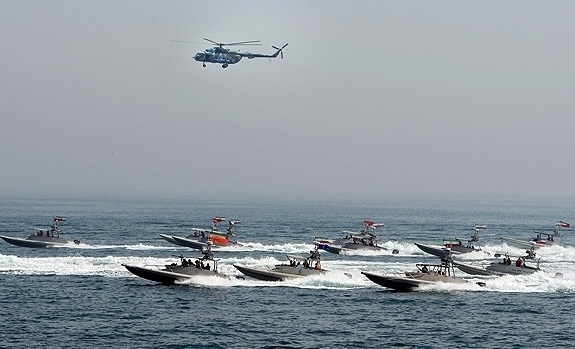 RNA - “The entire world admits that the IRGC has rendered the utmost support to [Iran’s] neighboring countries in the face of terrorism,” Zarif said on Saturday on the sidelines of a ceremony held to pay tribute to the Foreign Ministry’s martyred officials.

He pointed to the United States’ efforts to impose sanctions on the Corps and said such attempts have never benefited Washington.

The IRGC has been successfully advising Iraqi and Syrian militaries in their operations against the Daesh terrorist group and other such outfits.

However, the administration of US President Donald Trump is reportedly considering designating the IRGC as a “Foreign Terrorist Organization.” Senior security officials in the US administration, however, have warned against such a designation, drawing attention to its adverse consequences.

The US has already imposed sanctions on some Iranian individuals and entities that it claims to be linked to the IRGC.

Zarif emphasized that all countries in the region had to cooperate to fight terrorism and that fanning the flames of sectarianism benefited no one.

Tags: IRGC Iran Terrorism
Short Link rasanews.ir/201nG1
Share
0
Please type in your comments in English.
The comments that contain insults or libel to individuals, ethnicities, or contradictions with the laws of the country and religious teachings will not be disclosed