No evidence Trump’s banned Muslim states pose threat to US

Rasa - A probe by the US Department of Homeland Security (DHS) has failed to return enough evidence that Iran and six other Muslim countries included in President Donald Trump’s entry ban pose a terror threat to America. 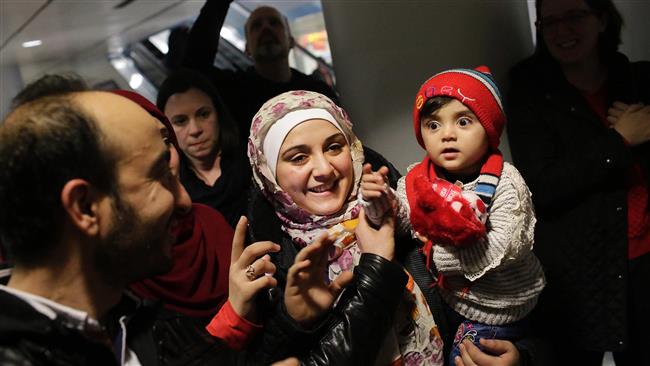 RNA - Conducted by the intelligence arm of the DHS, the draft report concluded that citizenship was an "unlikely indicator" of terrorism threats, the Associated Press reported Friday.

According to DHS analysts, only a small number of people from some of those countries were involved in terror-related activities since the onset of the Syrian conflict in 2011.

DHS spokeswoman Gillian Christensen acknowledged the report’s findings but said it was “incomplete” and did not provide a final comprehensive review of the government's intelligence.

“While DHS was asked to draft a comprehensive report on this issue, the document you're referencing was commentary from a single intelligence source versus an official, robust document with thorough interagency sourcing,” she said. “The... report does not include data from other intelligence community sources. It is incomplete.”

White House spokesman Michael Short echoed Christensen, noting that the report was not the full document requested by Trump.

Unclassified information from Justice Department press releases on terror-related convictions and attackers killed in the act, State Department visa statistics, the 2016 Worldwide Threat Assessment from the US intelligence community and the State Department Country Reports on Terrorism 2015 were some of the sources used to put together the report.

Upon signing a directive to authorize his ban against people from Iran, Syria, Iraq, Yemen, Somalia, Sudan and Libya late last month, Trump claimed that the move was aimed at keeping “radical Islamic terrorists” out of the country.

The countries were first singled out in a law former President Barack Obama had signed in 2015, which expanded the criteria for visa requirements by foreigners who had traveled to the seven countries.

The travel ban, which also suspended all refugee admissions for three months and barred Syrian refugees indefinitely, has been brought to a halt by a federal judge in Washington. However, the new president has promised to announce a revised plan as early as next week.

Tags: refugee Syria Trump
Short Link rasanews.ir/201nFp
Share
0
Please type in your comments in English.
The comments that contain insults or libel to individuals, ethnicities, or contradictions with the laws of the country and religious teachings will not be disclosed