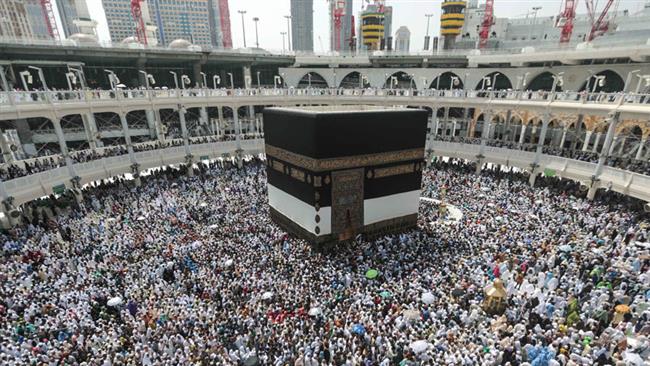 RNA - Reza Salehi-Amiri said on the sidelines of a cabinet session on Wednesday that Iran had sent a delegation to Saudi Arabia to follow up on the issue of Hajj for Iranian pilgrims.

“The Iranian administration will try to dispatch pilgrims [to Saudi Arabia]," he said, stressing that Iran seeks to "send pilgrims to the Grand Mosque... [for the upcoming Hajj rituals] only if Saudi Arabia accepts our conditions."

Amiri added that the Islamic Republic had sent a letter to the Saudi minister of Hajj and Umrah, enumerating the country’s conditions, including the issues of security and blood money for the families of the pilgrims who lost their lives in a deadly human crush in Mina near the holy city of Mecca in 2015.

If Iran's conditions are not accepted by the Saudi side, "Saudi Arabia will be held accountable," the Iranian minister added.

On Monday, Iranian Foreign Ministry Spokesman Bahram Qassemi said an Iranian delegation would travel to Saudi Arabia on February 23 to discuss the issue of Hajj.

Qassemi added that the Iranian delegation’s visit comes at the invitation of the Saudi government to discuss Iran’s conditions for this year’s Hajj.

Iran decided to stop sending pilgrims to Hajj over security concerns after two deadly incidents claimed the lives of more than 470 Iranian pilgrims during the 2015 Hajj rituals.

Days after the deadly human crush, which occurred in September 2015, Saudi Arabia published a death toll of 770 but refused to update it despite gradually surging fatality figures from individual countries whose nationals had been among the victims of the crush. Iran said about 4,700 people, including over 465 of its nationals, lost their lives in the incident.

Earlier that month, a massive construction crane had collapsed into Mecca’s Grand Mosque, killing more than 100 pilgrims, including 11 Iranians, and injuring over 200 others, among them 32 Iranian nationals.

Tags: Iran Hajj Saudi
Short Link rasanews.ir/201nEh
Share
0
Please type in your comments in English.
The comments that contain insults or libel to individuals, ethnicities, or contradictions with the laws of the country and religious teachings will not be disclosed