Rasa - A Palestinian government spokesman has denounced a short prison sentence handed down to Sergeant Elor Azaria, the Israeli killer of a Palestinian man, saying it gives the regime forces the "green light" to commit more crimes against Palestinians. 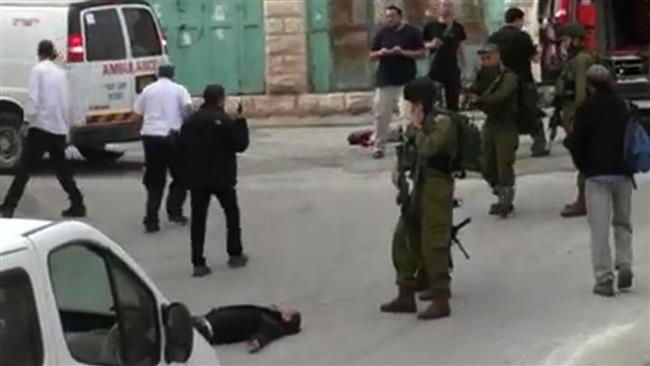 RNA - "The Palestinian government views this light ruling against the murderer soldier as a green light to the occupation army to continue its crimes," Tarek Rishmawi said on Tuesday.

Following Tuesday’s verdict, Sharif's father Yusri told journalists, "A year and a half is a farce," asking, "What does a year and a half mean? Was he [the Palestinian victim] an animal to be killed like this, in this barbaric way?"

The March 2016 killing, which was captured on video by a Palestinian human rights activist, prompted widespread international condemnation.

The footage shows Azaria cocking his rifle and fatally shooting Sharif in the head from just several meters away while the victim was still alive.

Last month, a three-judge military court convicted the Israeli soldier of manslaughter, a crime that carries a maximum 20-year term.

However, prosecutors had asked for a three-to-five year sentence, with Israeli Prime Minister Benjamin Netanyahu saying he would support any decision to pardon Azaria.

Passing the 18-month sentence, the Israeli court said Azaria had "taken upon himself to be both judge and executioner" and had not expressed regret for his crime.

It was not immediately clear if Azaria's lawyers would opt to appeal.

The Israeli regime has come under fire for using lethal force against Palestinians and adopting a policy of shoot-to-kill.

According to Palestinian media, over 280 Palestinians have lost their lives at the hands of Israeli forces since October 2015, when the tensions intensified.

Tags: Palestinian Israel
Short Link rasanews.ir/201nEP
Share
0
Please type in your comments in English.
The comments that contain insults or libel to individuals, ethnicities, or contradictions with the laws of the country and religious teachings will not be disclosed