Rasa - London Mayor Sadiq Khan has called for US President Donald Trump’s state visit to be scrapped over a travel ban he imposed on seven Muslim-majority countries. 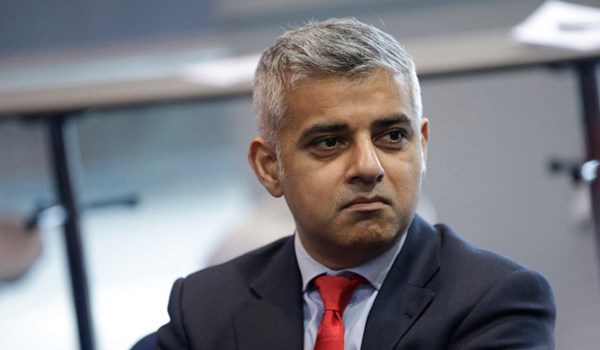 Khan repeated his anti-Trump stance at an interview with ITV on Sunday.

Soon after his grip on power, Trump issued an executive order to impose a 90-day entry ban on citizens from Iran, Iraq, Syria, Yemen, Sudan, Libya and Somalia, block refugees from Syria indefinitely, and suspend all refugee admissions for 120 days.

His order was, however, blocked via a federal court ruling but the administration is currently busy devising a new plan.

Along with other notorious policies, Trump’s Muslim ban has prompted outrage in the UK, where the nation is struggling to bar an invitation to the new president for a state visit.

More than 1.8 million Britons have signed an online petition urging the government to withdraw the invitation that Prime Minister Theresa May extended to Trump while she was visiting Washington last month.

Khan, who is a Muslim, described the ban as “cruel and shameful.”

“I think this ban on people from seven Muslim-majority countries, ending the refugee program is cruel and it’s shameful. In those circumstances we shouldn’t be rolling out the red carpet,” he asserted.

He also commented on the UK-US “special relationship” particularly promoted by May’s government.

The British government has been under fire for extending the invitation to the New York billionaire.

In a statement sent to petition signatories, the Foreign Office said recently that the government "recognized the strong views ... but does not support this petition."

In the petition, it is argued that such an invitation "would cause embarrassment to Her Majesty the Queen."

Tags: Sadiq Khan US Trump London
Short Link rasanews.ir/201nDc
Share
0
Please type in your comments in English.
The comments that contain insults or libel to individuals, ethnicities, or contradictions with the laws of the country and religious teachings will not be disclosed