‘Laughable’ claims against Tehran by the world’s ‘schoolyard bully’

Rasa - The United States’ accusations against Iran over “destabilizing” the Middle East are “laughable,” says a former Congressional staffer. 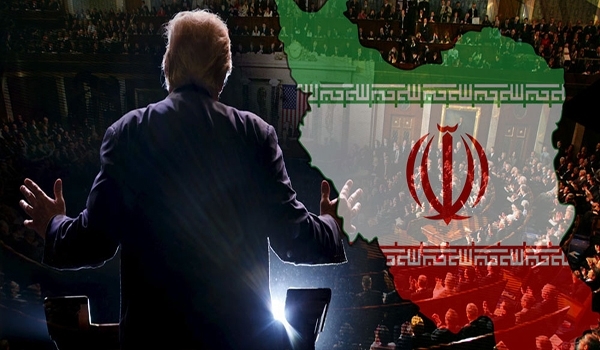 RNA - Rodney Martin made the remarks in an interview with Press TV on Sunday, while commenting on new anti-Iran efforts underway in the US Congress.

Republican senators in control of US Congress are unveiling a new measure against Iran over its defensive missile program.

"I think it is now time for the Congress to take Iran on directly in terms of what they’ve done outside the nuclear program," said Senator Lindsey Graham, a member of the US Senate Armed Services Committee, at the Munich Security Conference on Sunday.

The former Congressional staffer told Press TV that the statement is “laughable and intellectually dishonest.”

Washington claims that a recent missile test by Iran violated UN Security Council Resolution 2231 that endorsed the 2015 nuclear agreement, known as the Joint Comprehensive Plan of Action (JCPOA), reached between the Islamic Republic and the P5+1 group of countries, including the US.

Iranian officials have voiced support for the country’s defense program, criticizing the hostile approach adopted by the new US administration.

“The United States is a typical big schoolyard bully that the Zionist regime uses to do its biddings so it can continue its expansionist policies to establish the greater Israel project,” Martin said.

Tensions between Tehran and Washington particularly grew after the victory of the GOP nominee, Donald Trump, in the 2016 presidential election.

Tehran maintains that while it remains committed to the JCPOA, it will also keep up with its defense program solely to prepare against aggression by foreign actors.

Tags: US Iran
Short Link rasanews.ir/201nDb
Share
0
Please type in your comments in English.
The comments that contain insults or libel to individuals, ethnicities, or contradictions with the laws of the country and religious teachings will not be disclosed