Rasa - US President Donald Trump’s new executive order on banning Muslims from seven-Muslim-majority countries will be “tighter,” says US Secretary for Homeland Security. 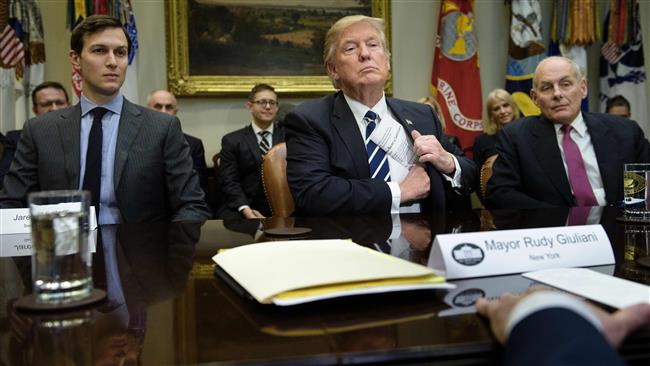 RNA - John Kelly made the announcement while in Germany for the 53rd session of the Munich Security Conference on Saturday.

“I will tell you that we are contemplating, the president is contemplating releasing a tighter, more streamlined version of the first E.O. And we will have this time opportunity; I will have opportunity, to work the roll-out plan. In particular to make sure that there's no one in a sense caught in the system of moving from overseas to our airports, which happened on the first release," he said.

Trump’s previous order to impose a 90-day entry ban on citizens from Iran, Iraq, Syria, Yemen, Sudan, Libya and Somalia, block refugees from Syria indefinitely, and suspend all refugee admissions for 120 days, was blocked not long after being released by a federal judge.

“It did surprise the United States government that the courts took their action. I don't criticise it. I don't know enough about how they think,” Kelly said.

The secretary of the Department of Homeland Security also said green card residency holders or travelers already on planes will not be blocked.

Trump’s first ban triggered outrage across the United States and the world, leading to massive protests against the new administration.

Tags: Muslim US Trump
Short Link rasanews.ir/201nDF
Share
0
Please type in your comments in English.
The comments that contain insults or libel to individuals, ethnicities, or contradictions with the laws of the country and religious teachings will not be disclosed