Rasa - The Iranian and Russian foreign ministers have met on the sidelines of the 53rd Munich Security Conference, Russia’s Foreign Ministry says. 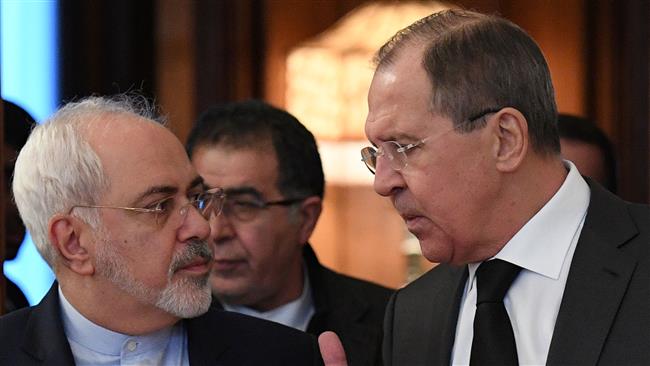 RNA - Ministers Mohammad Javad Zarif of Iran and Sergei Lavrov of Russia discussed the situation in Syria and the recent relevant developments, including negotiations in the Kazakh capital of Astana, the Ministry said on Saturday.

Late last year, Iran, Russia, and Turkey proposed to mediate new talks between the Syrian government and opposition groups, in Astana. The talks were organized and held in the Kazakh capital in January this year. They were followed by technical talks attended by experts from Tehran, Moscow, and Ankara in the city on February 6.

The Ministry said the top diplomats had also discussed bilateral affairs and cooperation, as well as the recent meetings and contacts that had taken place between their respective countries’ officials.

The Munich event discusses such issues as the future of the US-led military alliance of NATO, world order and security, terrorism, extremism, and various regional matters.

Tags: Lavrov Iran Zarif Russia
Short Link rasanews.ir/201nD7
Share
0
Please type in your comments in English.
The comments that contain insults or libel to individuals, ethnicities, or contradictions with the laws of the country and religious teachings will not be disclosed