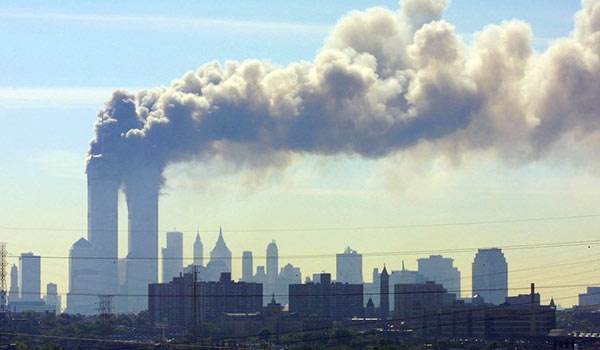 RNA - Duff, a senior editor at Veterans Today, made the remarks in an interview with Press TV on Tuesday while commenting on a report which says Saudi Arabia is recruiting US military veterans in an attempt to kill a recently-passed law allowing  9/11 families to sue Saudi nationals for their alleged role in facilitating the terrorist attacks.

The website 28Pages.org, which is dedicated to exposing Saudi links to 9/11 and other buried truths about the terrorist attacks, called the Saudi campaign “a brazen effort.”

Duff described the Saudi initiative to hire military veterans to eviscerate the Justice Against Sponsors of Terrorism Act (JASTA) as “a bizarre ploy.”

He said that “there is a huge amount of evidence that the Saudi royal family, Saudi government itself and others were deeply involved in 9/11.”

The September 11, 2001 attacks, also known as the 9/11 attacks, were a series of strikes in the US which killed nearly 3,000 people and caused about $10 billion in property and infrastructure damage.

Of the 19 hijackers that allegedly carried out the attacks, 15 were Saudi nationals and available evidence suggests some of them were linked to high-ranking Saudi officials.

‘Saudi Arabia is the heart of terrorism’

Commenting on this, Duff said the CIA is awarding Saudi officials “for their role in fighting terrorism, yet we all know that Saudi Arabia is the primary supplier of funds and weapons, supplying ISIS, and al-Nusra directly.” Al-Nusra terrorists now call themselves Jabhat Fateh al-Sham.

“They run terrorist training camps and supply centers not only directly across the border from Iraq in Saudi Arabia, but in Jordan as well. And Saudi advisers have been captured by the Syrian government and are being held there since 2014. Saudi Arabia is the heart of terrorism,” he stated.

He added that the Wahhabist ideology is the basis of all kinds of Takfiri terrorist activities. “Saudis have always been behind this. There’s never been any question about this.”

“So the Trump administration got the CIA to award them for their work in stopping the terrorism that they are still funding to this very day!” the analyst said.

“The Saudis are being pushed for humanitarian awards while they are chopping people’s heads off, supporting terrorism around the world and running an insane police state that is carpet bombing schools, hospitals in Yemen while they are supporting al-Qaeda on the ground there, supposedly a US enemy,” Duff noted.

Tags: 9/11 US Saudi
Short Link rasanews.ir/201nBN
Share
0
Please type in your comments in English.
The comments that contain insults or libel to individuals, ethnicities, or contradictions with the laws of the country and religious teachings will not be disclosed