Rasa - US administration has reportedly planned to sell an arm package to some Persian Gulf Arab states. The new administration's officials are said to have been struggling to faster present it to Donald Trump to win his approval for final implementation. 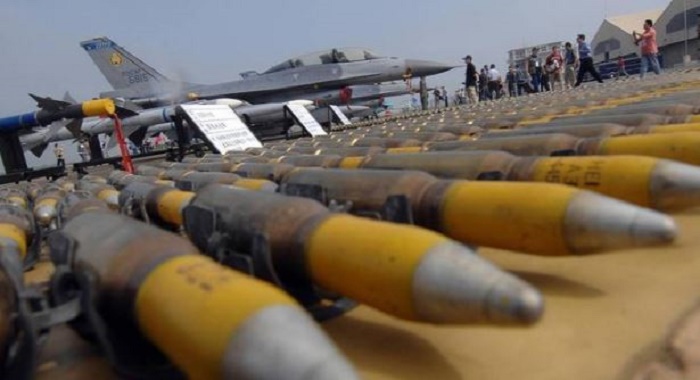 RNA - US administration has reportedly planned to sell an arm package to some Persian Gulf Arab states. The new administration's officials are said to have been struggling to faster present it to Donald Trump to win his approval for final implementation.

The White House has declined to directly comment on the case, but an American official familiar with the efforts has said that the new US administration seeks to approve supplying a package including technology related to missiles with pinpoint accuracy as well as a multi-billion dollar deal for selling F-16 fighter jets respectively to Saudi Arabia and Bahrain.

The arms sale news beside other Trump's foreign policy decisions including the immigration ban, advocating establishment of no-fly zone over Syria, and announcing sanctions on some of the companies on the charge of links to the Iranian missile program, suggest that the new American leaders is heading toward renewing the major border-drawing policy of “invincible unity” with friends for all-out confrontation with adversaries.

An elaboration on the big and small goals behind this new policy will help us have a more obvious understanding of the US new strategy– if we can label it a strategy– of the United States in West Asia region.

Although a majority of the economists highlight a relative success of the economic solutions of the administration of the former US President Barack Obama to pull the country out of the 2008 economic crisis, Trump has managed to win trust and votes of the economically damaged and discontented part of the American society by putting fingers on some of the American economy's woes like unemployment, the country’s raddled infrastructures, and the profits made for the Chinese firms by trade contracts with the Americans.

On the other side, a big part of the pro-Trump lobbies in the election campaign were from the US arms industry that was well against Obama administration's policy of controlling and putting restrictions on this sector of the economy. So given the attractive and lucrative markets of these oil-rich Arab countries for American weapons companies, the Trump government will attempt to sell weapons to Persian Gulf Arab countries for two major reasons: first to create jobs and economic improvement to fulfill his campaign-time promises and second to earn content of the American arms producers.

One more point must be put into account: there is a competition between the Arab allies of the US like Egypt and Saudi Arabia, Qatar and Saudi Arabia, and Qatar and Egypt. And so providing each side with will move others to make even bigger military purchases. The outright winner of this competition is the American arms manufacturers.

Trump’s decision to sell weapons to Saudi Arabia and Bahrain comes while the former President Obama in the closing months of his presidency banned arms sale washington's Arab allies following the concerns raised by international organizations about the situation of the human rights in these two Arab kingdoms. Therefore, the first message of the Team Trump’s decision to these countries and the other West Asian allies of Washington, particularly the Israeli regime, is that the new American administration has changed its approach and do not care anymore about being branded as complicit in war crimes of its allies. .

Still from another corner, approval of the arms sales can pave the way for implementing Trump’s new policy which requires the Persian Gulf Arab allies to be poised to shoulder their part of the responsibility of providing their own security which so far has been done wholly by the US. Recently, the roughly empty-handed forces of Yemen’s Ansarullah movement managed to destroy a Saudi Arabian warship in the Red Sea with a domestically-made rocket.

This incident came while Yemen is under unerring arms embargo as well as blockade from the sea, air, and the ground. The recent efforts to make arms deal with Saudi Arabia sends to the Saudis a message of the US keenness for strengthening the Saudi Arabian forces that are engaged in war with Yemen, turning a blind eye to all of the lashing out at war crimes that Saudis are committing against the Yemenis.

Sending signals to Iran and Russia in Syria

Without any doubt, the alliance that gathers together Iran, Russia, and Syria has managed to grant the three allies an upper hand in the Syrian military and political developments. This, in turn, gave them greater potentials for influencing the course of war and drawing the lines for the future of Syria than the opposite side, which is the Western-Arab alliance working against the government of the Syrian government. On the other side, it is clear that the major arms suppliers and bankrollers of the Syrian militants have been Saudi Arabia and Qatar since the beginning of crisis.

Now considering this issue, authorization of new arms deals with Saudi Arabia will enable the kingdom to further fit out the anti-Assad forces with weapons. From another aspect, with a consideration of the fact that the military superiority of Iran to the Persian Gulf countries is predominantly marked by its missile power, possibly the team Trump will seek degrading Iran's military supremacy by sending accurately-guided missiles to Saudi Arabia and other Persian Gulf Arab states.

Tags: US Iran Syria Trump Saudi bahrain
Short Link rasanews.ir/201nAT
Share
0
Please type in your comments in English.
The comments that contain insults or libel to individuals, ethnicities, or contradictions with the laws of the country and religious teachings will not be disclosed