Rasa - President Bashar Assad said that the United States will be able to defeat terrorism in Syria only in cooperation with the Syrian authorities. 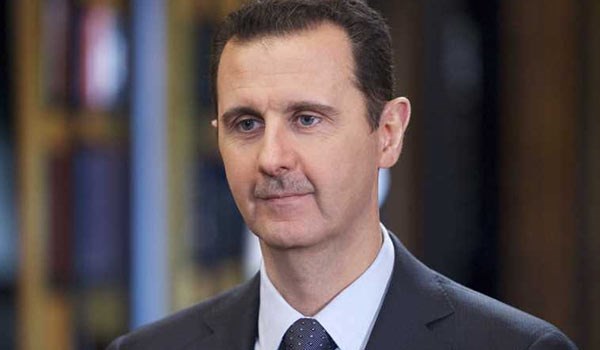 RNA - "If you want to start genuinely, as the United States, to do so, it must be through the Syrian government… You cannot defeat the terrorism without cooperation with the people and the government of any country," Assad said in an interview with the Yahoo News portal.

The US-led coalition has not been coordinating its actions in Syria with Damascus and has repeatedly called for Assad's resignation.

Assad called US President Donald Trump's idea on establishment of safe zones in Syria absolutely unrealistic. "It's not a realistic idea at all," he added.

Recently, Trump emphasized that he "will absolutely do safe zones in Syria" for refugees in order to halt the flow of migrants from Syria to other states.

Earlier, Assad said that Trump’s attempts to fight terrorism will be impeded by major US media outlets and different companies that have their own financial interest in doing so. Moreover, he said that improved Russia-US relations under the Trump administration will help resolve the Syrian crisis.

Tags: Bashar Assad US Syria Trump
Short Link rasanews.ir/201n9Y
Share
0
Please type in your comments in English.
The comments that contain insults or libel to individuals, ethnicities, or contradictions with the laws of the country and religious teachings will not be disclosed