Iran’s Weapons for Defense Only

Rasa - Iranian President Hassan Rouhani noted that the Islamic Republic has never made an act of aggression against another country, stressing that Iran’s weapons are meant only for defense. 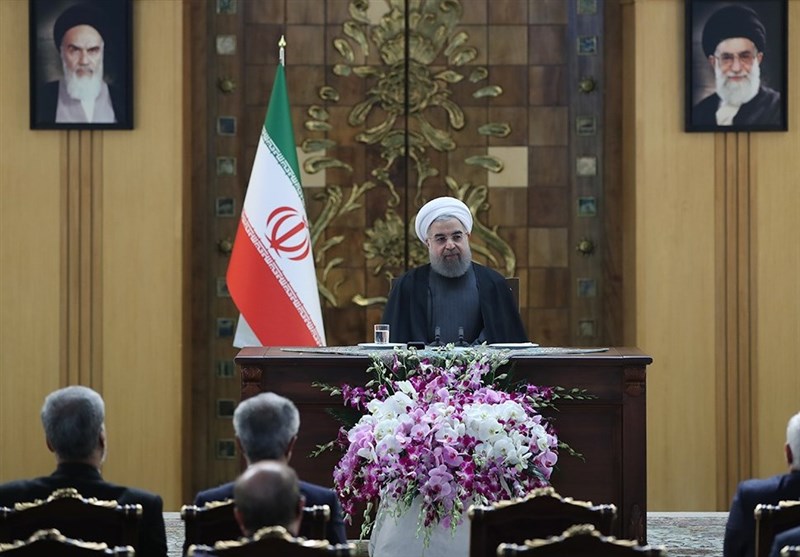 RNA - The Islamic Republic of Iran has demonstrated that it has never had the intention to interfere in other countries’ affairs, Rouhani said at a meeting with foreign ambassadors to Iran.

The meeting was held ahead of the 38th anniversary of the victory of Iran’s 1979 Islamic Revolution, which will be celebrated on Friday with nationwide rallies.

The president added that the Islamic Republic has never invaded other countries, reiterating that “our weapons are only for defending our country”.

Elsewhere, he described weapons of mass destruction as a major threat to the world, calling for concerted global action for abolition of those weapons.

His remarks seem to be in response to the hue and cry raised by the US on a recent missile test by Iran.

US officials criticized Iran last week for what they called its “provocative” and “irresponsible” measure by conducting its first missile test since Donald Trump took office.

Later, the US added new Iranian individuals and entities to its anti-Iran sanction list. The US Treasury Department said it has published a list of 13 Iranian figures and 12 entities facing new sanctions.

Iran’s Foreign Ministry condemned the new sanctions for being out of step with the US commitments under the Joint Comprehensive Plan of Action (JCPOA) and running counter to “the text and spirit” of the UNSC Resolution 2231.

After achievement in July 2015 of the JCPOA, a nuclear agreement between Iran and the Group 5+1 (Russia, China, the US, Britain, France and Germany), the 15-memebr United Nations Security Council passed a resolution to endorse the accord.

Resolution 2231 calls upon Iran “not to undertake any activity related to ballistic missiles designed to be capable of delivering nuclear weapons.”

Iran, however, maintains that none of its missiles have been designed to be capable of carrying nuclear warheads, because nuclear weapons have basically no place in the Islamic Republic’s defense doctrine.

Iranian officials have also made it clear that the Islamic Republic will not allow others to interfere in its defense affairs.

Tags: Iran JCPOA weapon Hassan Rouhani
Short Link rasanews.ir/201n95
Share
0
Please type in your comments in English.
The comments that contain insults or libel to individuals, ethnicities, or contradictions with the laws of the country and religious teachings will not be disclosed