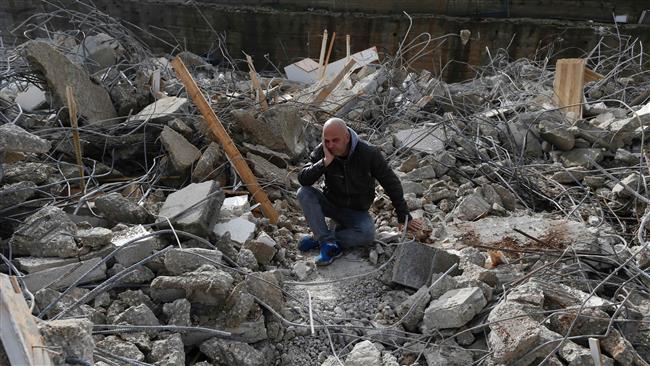 United Nations Secretary General Antonio Guterres has blasted the move, emphasizing its illegal status under international law and warning that it “will have far-reaching legal consequences for Israel.”

A chorus of outcry rang out across the international community, including from Israel’s own allies.

All Israeli settlements in Jerusalem al-Quds and the West Bank are viewed by the international community as illegal and subject to the Geneva Conventions, which forbid construction on occupied territory.

On Tuesday, the Palestinian Fatah movement in Ramallah and the Gaza-based resistance movement Hamas condemned the law.

“This is an escalation that would only lead to more instability and chaos,” warned Nabil Abu Rdeneh, spokesman for President Mahmoud Abbas.

In a similar statement, chief Palestinian negotiator Sa’eb Erekat said Israel's “Legalizing Theft” law gives the green light to Israeli settlers and forces “to continue their attacks against the land and people of Palestine.”

Palestinian Tourism and Antiquities Minister Rula Maayaa said, “Nobody can legalize the theft of the Palestinian lands.”

Meanwhile, Abdel Latif al-Qanou, a Hamas spokesman, said the law amounts to “organized terror…and the continuation of wanton Israeli aggression at the expense of the Palestinian people.”

Tags: Israel Palestine
Short Link rasanews.ir/201n8v
Share
0
Please type in your comments in English.
The comments that contain insults or libel to individuals, ethnicities, or contradictions with the laws of the country and religious teachings will not be disclosed