Rasa - Iran’s charge d’affaires in Sana’a reaffirmed the country’s support for a political solution to the crisis in Yemen, stressing that the Islamic Republic will stand by the Yemeni nation to help restore stability to the impoverished country. 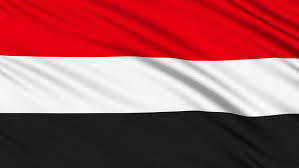 RNA - In a meeting with Yemeni Foreign Minister Hisham Sharaf Abdullah in Sana’a on Sunday, Mohammad Farhat condemned the ongoing Saudi aggression against Yemen and said Iran will support any measure that would help stabilize the impoverished Arab country, according to Yemen's official Saba news agency.

The Yemeni minister, for his part, said while the National Salvation Government extends its hand for peace to end the Saudi aggression, it is ready to defend the country in accordance with rules and regulations of the United Nations and international conventions.

On November 28, the Yemeni Houthi Ansarullah movement and its allies announced the forming of the national salvation government. The new government replaced the Supreme Political Council, which had been established by the Houthis and the party of former president Ali Abdullah Saleh in early 2016.

"Yemen is fully aware of the schemes aimed at dragging the region into further conflict and escalating the aggression,” he added.

The official further restated Yemen's commitment to the security and safety of international navigation in the Red Sea and the strategic Bab al-Mandeb Strait.

During the meeting, the Yemeni foreign minister also handed a letter, addressed to his Iranian counterpart Mohammad Javad Zarif, to Farhat.

The letter is about the latest developments in Yemen, the US military moves in the Red Sea and Gulf of Aden, as well as the ongoing attacks by Saudi warplanes on the Arab country’s coastal areas.

Yemen’s defenseless people have been under massive attacks by the coalition for nearly two years but Riyadh has reached none of its objectives in Yemen so far.

Since March 2015, Saudi Arabia and some of its Arab allies have been launching deadly airstrikes against the Houthi Ansarullah movement in an attempt to restore power to the fugitive former President Abd Rabbuh Mansour Hadi, a close ally of Riyadh.

Nearly 11,000 Yemenis, mostly civilians, have lost their lives in the deadly military campaign.

Tags: Iran Yemen Saudi
Short Link rasanews.ir/201n7r
Share
0
Please type in your comments in English.
The comments that contain insults or libel to individuals, ethnicities, or contradictions with the laws of the country and religious teachings will not be disclosed